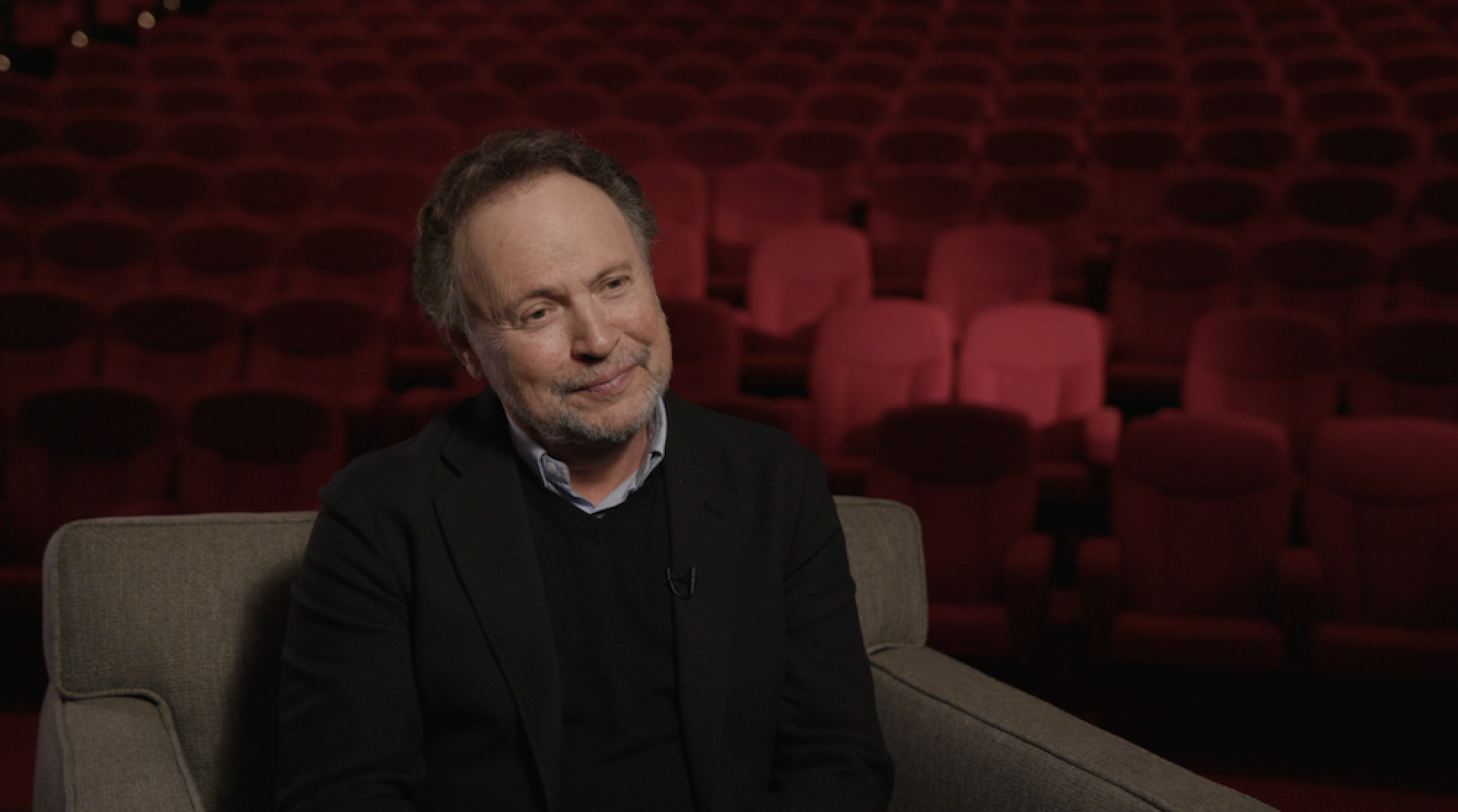 It’s been said that a little knowledge is a dangerous thing. I have conducted dozens of interviews for the TV Academy’s comprehensive oral history project over the past 23 years and because of the expansive nature of these conversations, I always research exhaustively well in advance and then struggle to practice enormous restraint on the day. I have been a fan of Billy Crystal for most of my life, and as such, I was both daunted and exhilarated as I prepared to sit down with him. Billy’s long and distinguished career coupled with his unequaled gift as a master storyteller necessitated my making some hard choices ahead of time. My first conscious decision was to truncate my questions about Billy’s early life since that material is so beautifully chronicled in his one-man show 700 Sundays. The second difficult determination was to eschew all ambitions of covering his movies. So no When Harry Met Sally. No Princess Bride. No Analyze This… or That. But since this interview was for the Television Academy, it made sense to focus on covering his early stand up performances on TV; his years playing Jodie Dallas, primetime’s first gay character, on Soap; his “mahvelous” tenure on Saturday Night Live; his work for HBO, including hosting Comic Relief with Whoopi Goldberg and Robin Williams and his years hosting the Oscars. I figured that was a lot, but it would be doable. Spoiler alert: I got all of it… and more. A lot more.

Right out of the gate, Billy shared that the specifics of his birth were exactly as they were recounted by his mother (played by Jayne Meadows) in the phone call at the opening of City Slickers. He also told the story of his very first television appearance as a little boy on a local New York kids’ show with Officer Joe Bolton. (I won’t ruin the punchline, but it did not go well.)

Billy then went on to reminisce about his love for early comedy records, particularly the live performances captured on vinyl by Nichols and May, Mel Brooks and Carl Reiner and Jonathan Winters. As Winters was a dear friend of mine, I was especially enthralled to hear Billy’s recollections of performing one of Jonathan’s routines before a receptive audience of his schoolmates when he was just 14. It was the one and only time Billy’s father ever saw him perform comedy in front of an audience outside of their family living room. And the account of Billy’s first in person encounter with Jonathan was a glorious, unexpected detour in the narrative that illuminated so much about his lifelong love of comedy, setting the table for everything to come.

Over the three hours we spent talking, Billy spun his stories in vivid detail, punctuating them with punchlines and pathos. And even the occasional impression. From his collegiate recollections of Martin Scorsese at NYU to his first awkward exchange with Johnny Carson during a commercial break on his inaugural Tonight Show appearance to receiving a profane answering machine message from Sammy Davis Jr., the highlights are too numerous to mention. All killer, no filler.

I was impressed by his conversations with Robert “Benson” Guillaume on the set of Soap about the responsibilities of representation. I was delighted to hear Billy’s account of drafting an SNL stagehand at the eleventh-hour to play Barry Manilow in an entirely improvised "Fernando’s Hideaway" sketch. And I was moved to tears when Billy shared how he was almost unable to go on to deliver his memorable tribute to his friend Robin Williams at the 2014 Emmys. But to paraphrase Jack Palance as Curly in City Slickers, I usually walk away from any interview with “one thing.” One big take-away. And in this case, it was Billy’s retelling of the advice he received early in his career from his manager, the legendary Jack Rollins. Following a stand up performance, Rollins counseled the young Crystal that he needed to give the audience more. Something of himself that stayed with them after the lights went up. He needed to “leave a tip.” That stuck with Billy. It made sense to him and it clearly informed how he would go forward from that point on. In a business of buyers scrambling to find projects and performers that are “noisy” enough to get noticed, Billy has stood out because his work was more than noisy… it was resonant. And like everything else that Billy Crystal does, our interview was extraordinary and I felt blessed to receive such a generous tip.