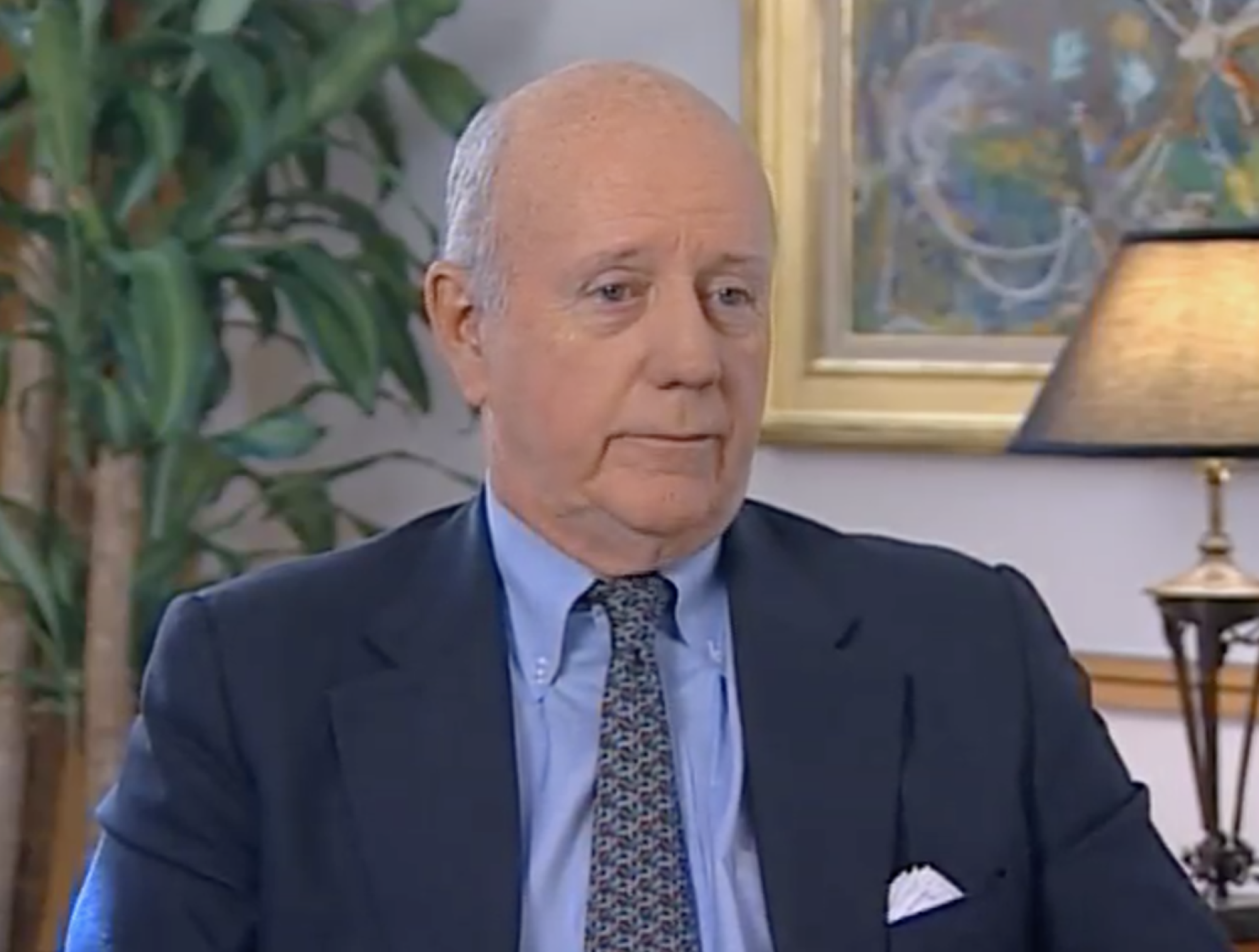 We’re sad to learn that executive Thomas Murphy has passed away at the age of 96. Murphy attended Harvard Business School before going on to work for Capital Cities Communications, eventually becoming CEO of the company. There, he oversaw the ownership of many television stations, dozens of cable-TV systems, and Capital Cities’ acquisition of the ABC network, as well as Capital Cities/ABC’s acquisition by Disney.

Below are some excerpts from his 1998 interview:

On making the deal for Capital Cities to acquire ABC Network:

I went and saw, saw Leonard Goldenson and tried to make a deal with him. We eventually went through the negotiations at which point Leonard said, “But you’ll need some deep pockets to protect us from getting taken over by somebody.” Because the FCC approval system was loosening to the point where someone could come in and just make an unfriendly takeover and probably take over these properties. So that’s when I went back to Warren [Buffett] and asked him to join us. And he was in Washington at the time when I called him and I said, “I think I got an opportunity to buy ABC, but I need your help and advice.” And he said, “Well, I’ll be up there tomorrow.” And he came up to see us. And he was terrific. I said, “What do you think I should do?” and he said, “Well, you’ve got a lot of options you could do.” He gave me several options, and of course, all I was interested in was getting him. And he said, what I’ll do, which will work, he says, it was a three and a half billion-dollar deal, and we had to sell some stuff off. And he said, “I’ll put five hundred million dollars in, buy of equity.” But he said, “I don’t want to pay twice.” I said, “What do you mean?” He says, “I don’t want to have this deal announced and have our stock go up and then get my five hundred million dollars’ worth then. I’d rather get it now on the price.” I said, well, we’re straight in between seventy and seventy-five right now, and we said, well, let’s take seventy-two-fifty, and that was it. The deal was made that quickly.

On his advice for aspiring executives:

You’ve got to get into a business that you like. A business that you’re proud to be in business with. Like saying, don’t get in the cigarette business if you can’t be proud of being in the cigarette business. And the best advice I can give to young men and women is to go to work for someone who you respect. First of all, you’ve got to get in the business you like, secondly, you’ve got to go and find someone who you respect as a boss. Because, now this is a tough thing to do. You have to go through a few jobs before you can get to this position, you know, because the first time you just get a job wherever you get. But eventually, find someone who you respect, who is willing to teach you as much as he will. And that’s the way you can grow the fastest in whatever business that you’re interested in. As far as finding when you’re unhappy, to move I can only, from my own personal experience… I never moved myself voluntarily except for the move from Lever Brothers to Capital Cities. That was the only decision. And in that case, I was just bored with my job, and I didn’t respect my boss as a businessman. And then I picked the business that I liked, and a guy that was a magnificent boss.

On his early ambitions and his image of himself:

And I don’t know why I felt this way, but I felt that I wanted to have the opportunity to run something. And I thought I could do it. Seems kind of brash when I think about it. … I would never consider myself visionary. That’s an interesting term. I’ll take it. But no, I’ve always considered myself to be a salesman and a person that would try to grow a business. That would be my image of myself.