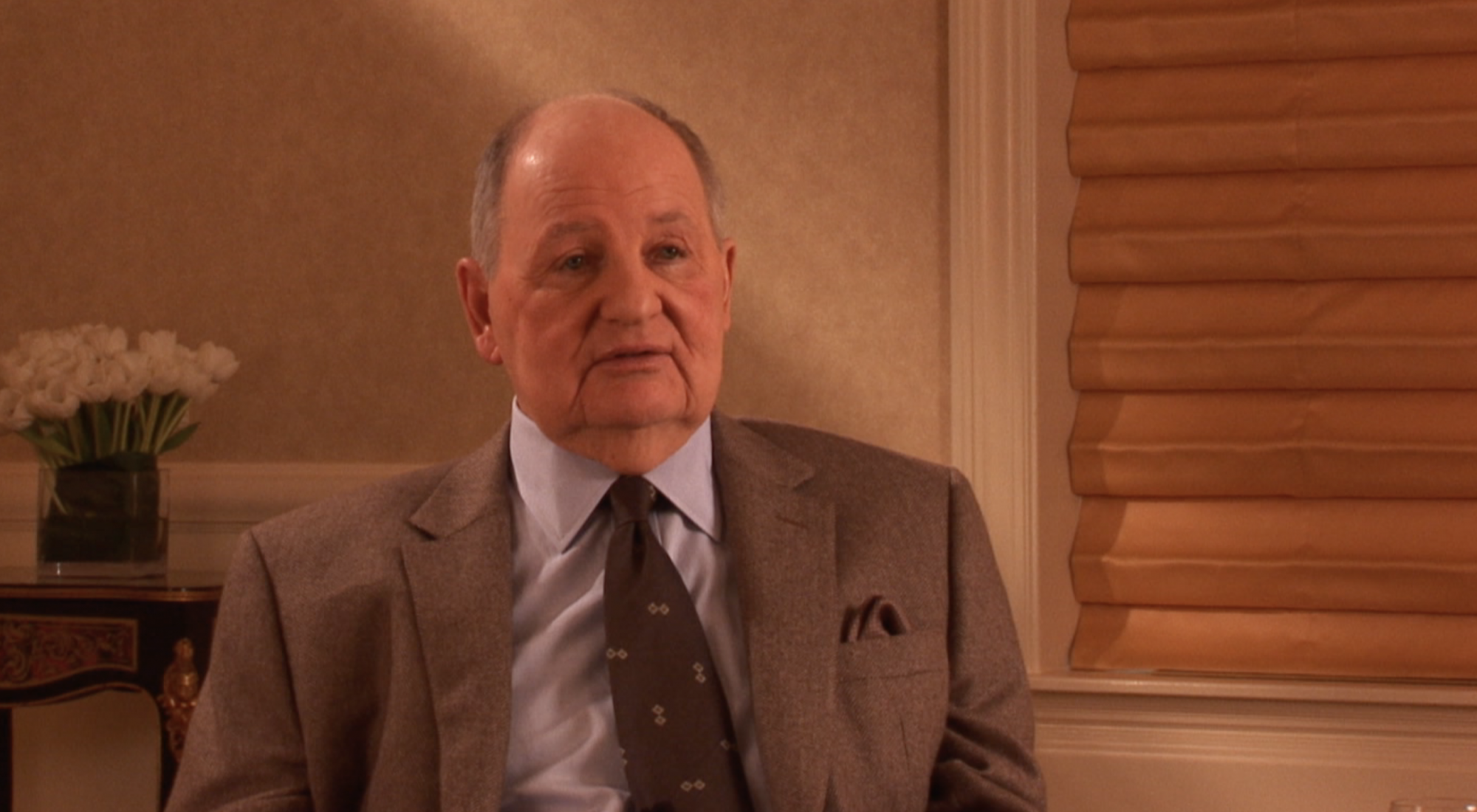 We’re sad to learn that producer Douglas S. Cramer has passed away at the age of 89. Cramer began his career at Procter and Gambel before going on to produce some of the biggest television hits of the 60's, 70's, and 80's, including Peyton Place, Dynasty, The Love Boat, The Brady Bunch, and many more.

Below are some selections from his 2009 interview:

On the origins of Dynasty and casting Joan Collins:

Dynasty came about because Dallas was a big hit, and Aaron [Spelling] and I were trying to sell a serial. He kept saying to me what did you do in the past that worked, let’s do it again. And I said let’s find the grounds to do a serial. I couldn’t come up with anything that they all liked enough at the network, and Aaron, that worked. Dallas went on the air, or was in development and about to go on the air, and Aaron said, well, we’ll do oil, but somewhere else, there’s more oil in Denver. … And we looked around for writers, and Brandon [Stoddard] at ABC loved Esther and Richard Shapiro, and we called them about it, and they may not remember it quite this way. But I remember they were a little embarrassed doing a serial, and doing something quite so close to what was being developed at another network or on the air. … Anyway, they wrote the pilot and were very involved the first year, and they really focused on the downstairs side of the family and the working class because they thought that was different from Dallas, and that’s what people wanted to see. It was originally called Oil. And it was deeply boring. It was very, very uninteresting. And it was only Aaron’s genius, and that Brandon loved Esther and Richard and thought they could turn anything around. And [Aaron] in a shocking meeting at the network said, well, you give us the pick up, and we will give you either -- he’d had a conversation at lunch before we went to the network, and God knows where it came from, from a streak of tequila or what, but at the network he shocked us all by saying, “Well, if you let us do all this it’ll be Dynasty, and it’ll focus on the richer side, and it’ll be shocking" … and he took a breath, and we were all on the edge of our seats, and he said, "We’ll deliver either Elizabeth Taylor, or Sophia Loren for the lead." And within five minutes they said it’s a pick up, you have it, it’s on the air, go back to work. Well, we walked out -- I mean, I turned to Aaron, as did Esther, and said can you do it? He said there’s no worry, I had dinner with Elizabeth last week … But when he called her first she said, Aaron, you’ve got to be kidding? I mean, I wouldn’t do television. I couldn’t handle it, I wouldn’t go through it. She never would do Love Boat, and she hung up, and that was over. And so we pursued Sophia. We met with her, we talked about it, she seriously thought about it. We discussed a price, and basically what the character was gonna be. Nolan [Miller] may even have talked about clothes, and about three weeks before we were to start shooting, but we could never announce she was doing it. … It was again a concept of Aaron that at the end of the last scene of Oil, John Carrington’s first wife walked into a courtroom in a big hat, and so, who was under the big hat was the secret. And that’s why Aaron had to deliver somebody to be under the big hat. We spent 48, 72 hours looking at films, talking to casting directors, calling all the agents in, and I think it was Candy [Spelling] who called me on a Sunday to come to Aaron’s right away - …we’ve got it, I’m not gonna tell you anything about it. I’m gonna show you a piece of film. Well, Sunday he had gotten from the studio and showed us, and I think the Shapiros too, showed us a shot from a scene from Fantasy Island of Saturday night, and it was Joan Collins as Cleopatra, and he said this is it. And Candy said it was quite right. Whenever you couldn’t get Elizabeth Taylor all through the 60’s and 70’s you used Joan Collins. And we called the network, they agreed out of desperation. We called Joan, she was in London doing virtually nothing, was on the next plane, and came into the show, and that was Alexis.

On his producing style:

I was very hands on. There was nothing I wasn’t involved with. I worried about every performer, every extra, every piece of clothing that appeared on the set, and we often changed things on set. It was just not the look, but the color, and the feel of the scene and the sense of it. … I was crazed about music. There was always more music in my shows than anybody else. Dynasty in its heyday I would say had 42 or four minutes of music in each 49 minutes, and Dallas I’ll bet didn’t have 20. I’ve always thought -- I mean, I grew up loving Max Steiner, and Franz Waxman, and the great composers, I had a list of all the great musical composers that I wanted to work with in television. … And yes, people did go around singing my theme songs.

On his proudest career achievements:

Well, there were lots of individual episodes of Dynasty and of Love Boat that were really wonderful to do, and I was proud when they were all over and done, even though it was what to some people is a dirty word, episodic television, but I felt they could match many of the movies that were out there, and a lot of the best of the so-called what the critics loved on television. And even there was some Danielle [Steel] movies that we filmed in St. Petersburg that really were epic moments in the television screen. That was fun.