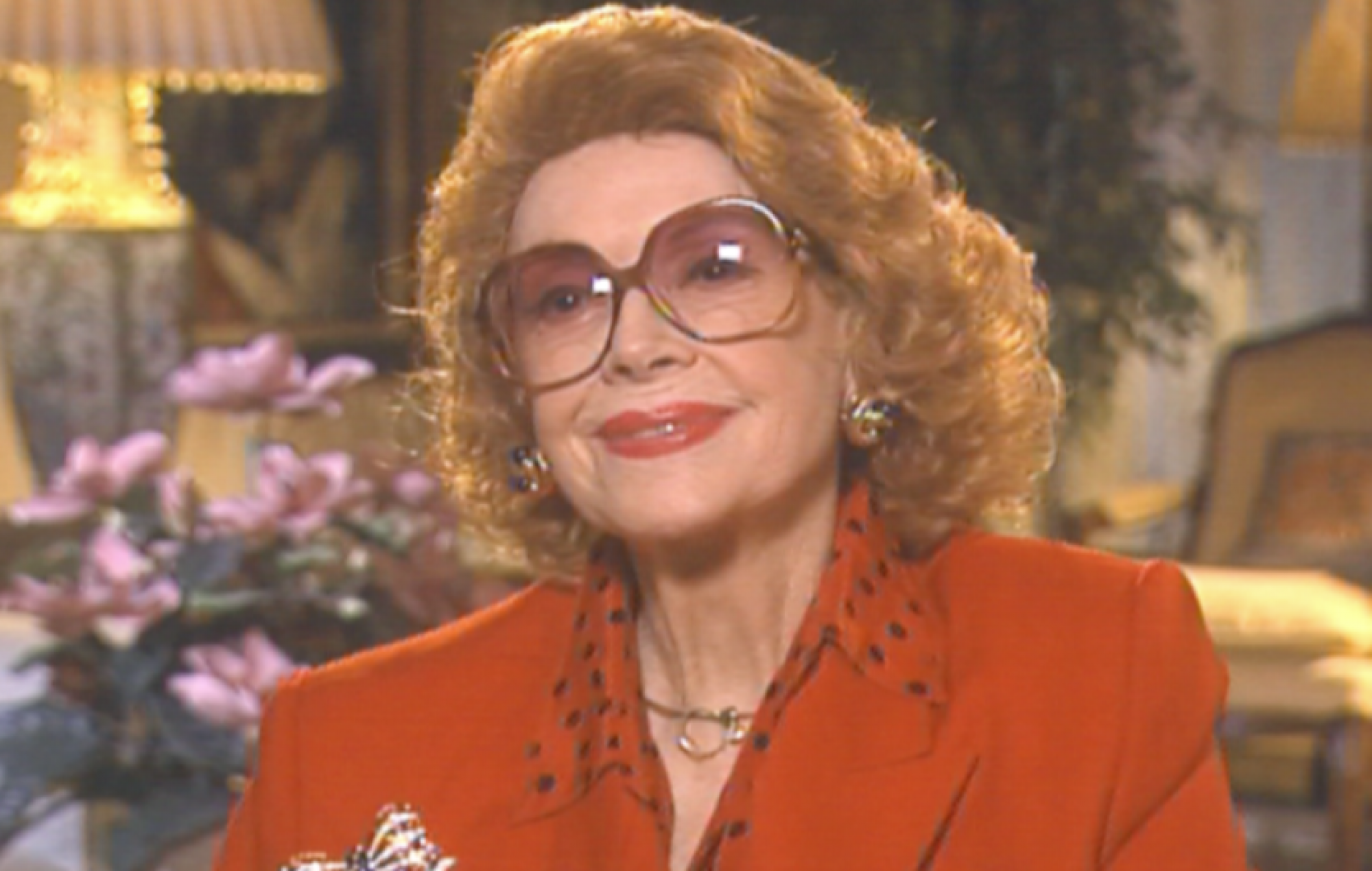 We're sad to learn that actress Jayne Meadows passed away on Sunday, April 26, 2015 at the age of 95. Meadows grew up in China where her parents were missionaries, and later got her start in show business in New York City. She appeared in several live anthology dramas (General Electric Theater, Suspense) and served as a regular panelist on the game show I've Got A Secret from 1952-59. Meadows worked with her husband Steve Allen on the acclaimed PBS series, Meeting of Minds, and made numerous television appearances with Allen (including guest spots on Fantasy Island and St. Elsewhere). She was also the sister of actress Audrey Meadows, who played "Alice Kramden" on the classic series The Honeymooners.

Below are some excerpts from her 2005 Archive interview:

On acting on her husband Steve Allen's variety show:

That was the most fun. We were asked to do the show and it was an hour comedy show and we had Tim Conway and the whole gang and nobody had ever seen me do that kind of thing, and consequently I got the best reviews of all of them and didn’t deserve them. It was like, "Guess what? Jayne Meadows was good!"

On advice to aspiring actresses:

Take every part. I read a thing where Hedda Hopper said to all young actresses, "Go to every party you’re invited to. You never know who you’ll meet." I say, "Play every part you can get, unless it’s hopeless." Look at me, taking that part because I knew I could do something if only in my costume - that made people say, "Wow, look at Jayne," because it was a comedy, it was all the comedians, all my friends. Not only "play every part," but if it’s a bad part and you’re not good in it, you’re going to learn. You’re going to learn like you’ll never learn in the greatest part in the world. You will say, "I’ll never do that again." And another thing - don’t worry about the money, because a lot of people turn down things because "they wanted to pay me less than I usually get" - that’s not the thing. You never know if you play a great part what it’s going to lead to.

On her favorite of all the shows she was on:

I would say the happy years of I’ve Got a Secret, because that was a period in New York when everybody I worked with - they were all our best friends. I would do the show at night and the next day I would be leaving the apartment just to go to the grocery store or shopping or something and the cab drivers would say, “Jaynie, how are you? Great show last night! How’s Steve-O? How’s the baby?” It was the medium that came into your living room, every living room. Didn’t matter if it was the Rockefellers or the guy who was struggling to pay off the rent somewhere in the Bronx. They knew you as a friend. You weren’t, "Miss Meadows from the movies," you were "Jaynie," not even Jayne. “How’s Steve-O-rino?” They loved you, and the fans that were at the door every week, with all the jewelry that they had made for me. I’ve got boxes of it at home. I give it to charity, gorgeous little boys and girls that made a bracelet that matched the earrings and the necklace and they’re all back in style now.