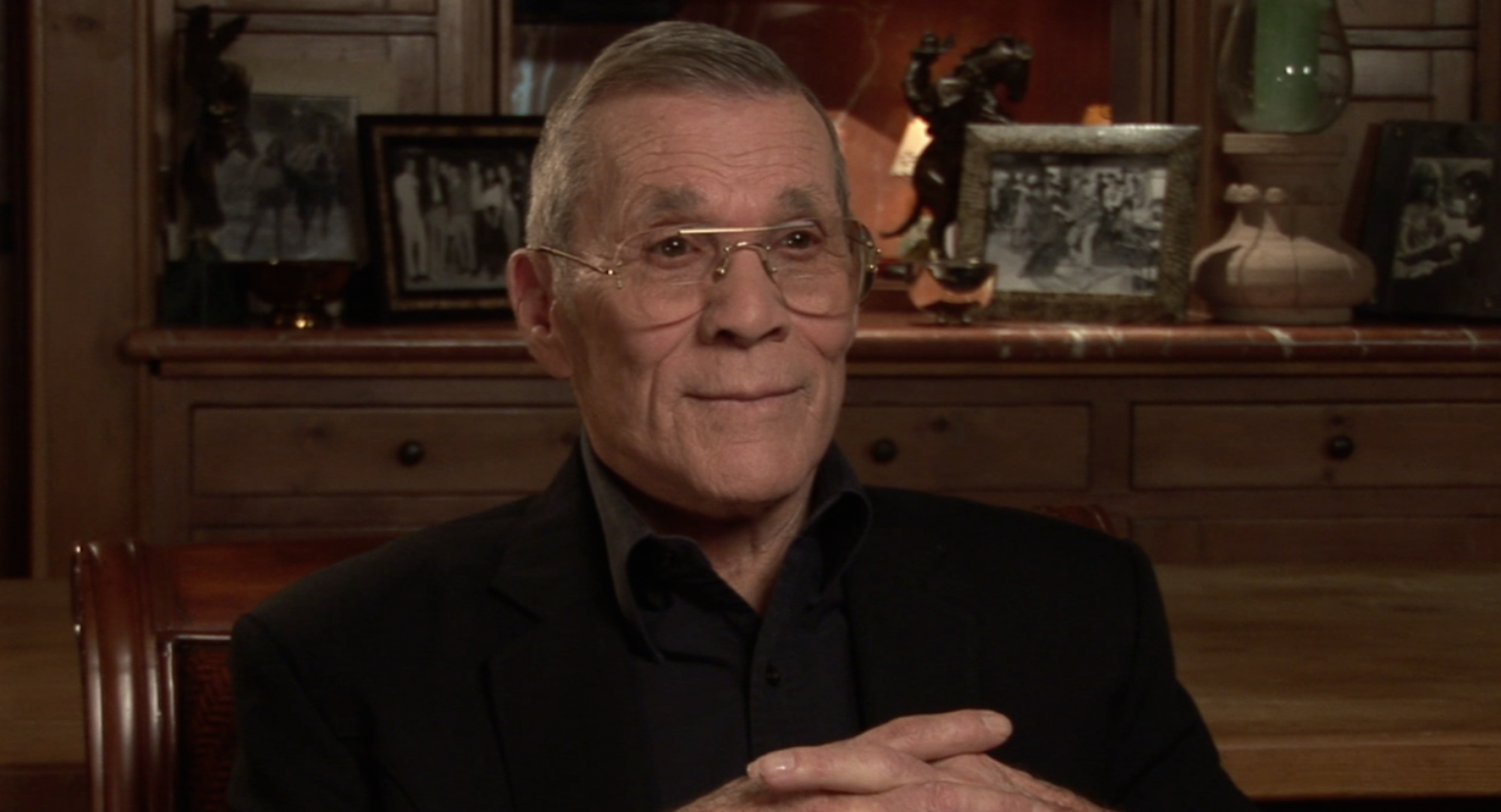 We're sad to hear of the passing of stuntman Hal Needham, who died this morning at the age of 82. Needham worked on several Western series, including Have Gun, Will Travel (doubling star Richard Boone), Rawhide, The Virginian, and The Wild, Wild West. He also doubled for Burt Reynolds throughout most of Reynolds' career (including on Riverboat and on several feature films). Additionally, Needham served as a stunt coordinator and a director, and helped design and develop the Shotmaker Elite camera car and crane, for which he received a Scientific/Engineering Award from The Television Academy.

Below are some excerpts from his 2008 Archive interview:

On deciding to become a stuntman:
I broke my ankle in the tree business, climbing trees.  And, there was a little root beer stand one block from me and I used to go over there and sit in my car and have a hamburger and things and I met a guy named, Cliff Rose who was trying to break in the stunt business and he had done one stunt for a show called, “You Asked For It”, it was a request show in the ‘50’s.  So, we got to talking, we had very similar backgrounds, he was a paratrooper and so on and so forth, and he said, “you know, why don’t you go up to Hollywood up with and give it a whirl.”  So we started coming back and forth to Hollywood and he got a call to do “The Spirit of St. Louis.”  They needed two guys to do wing-walking and five shoot cutaways and all hanging on the plane, on the rope ladder and all that.  And he got me the other side.  So he was one and I was the other one.  And   that was my first movie.

On his directing style:
My directing style?  Fast and furious. I didn’t waste a lot of time, because as one of my crew said, “you’re not doing ‘Gone with the Wind,’ Hal, just get it done.”  So  I was quick and I was fast.  And Burt Reynolds used to tell the guest actors, he’d say, “Man, you’d better have your lines right, cause if you don’t, he’ll have another set-up before you get a chance to think about it.”  But, hell, I’d be through shooting at two or three o’clock in the afternoon, and the crews love that. They’d be out there in the swimming pool getting drunk, doing all kinds of good things.  So I had a great crew and they enjoyed working for me.

On what makes a great action director:
He’s got to know action, first of all. He’s either got to know action or he’s got to have a coordinator around him that can suggest some great stuff and read into the script what would fit and what wouldn’t. I think that’s what he’s got to have and I really and truly, if he doesn’t know those things, he should get a good second unit director.  That would be the way to do it.

On integrating the use of CGI into stuntwork:
I hate it.  And I hate it because, you talk about Tom Cruise and a couple of his movies.  They’re doing stunts that are not humanly possible. I can’t believe it.  I can’t buy into it.  I look at it and I just go, “give me a break!” Hell, when I was doing stunts, we did them, for real.  And you could see it was a man going through the air and everything.  Now they do it digitally.  And to me, they’re so far-out, they’re trying to outdo themselves so much that they’ve lost all reality, in my opinion.  I would never use it. Never use it.

On his greatest achievement:
I guess… being the number-one stuntman in the world for ten years straight, I think that’s probably my best achievement.  Even though stunts is not where I really made a lot of money, although I did pretty damn good.  But obviously directing is where I made my money.  But my original goal was to be a stuntman.  And I did that.  And I did it beyond belief because I was the best.  So that’s my main thing.

On his advice to an aspiring stuntperson:
You’d better be prepared or have a lot of friends that have the power to hire.  Because you may only get one chance.  And if you screw it up you may never get another one.  So I think, really get yourself prepared.  Study the business.  If you can, get on some sets and watch and see how they do it.  That’s great education.  So that you’re not wondering what the hell is going on when they say, “roll the camera.” Just get prepared.

On how he would like to be remembered:
I’d just liked to be remembered as Hal Needham, good stunt man, okay director.  Good guy.  That’s the kind of way.  Nothing out of the ordinary.