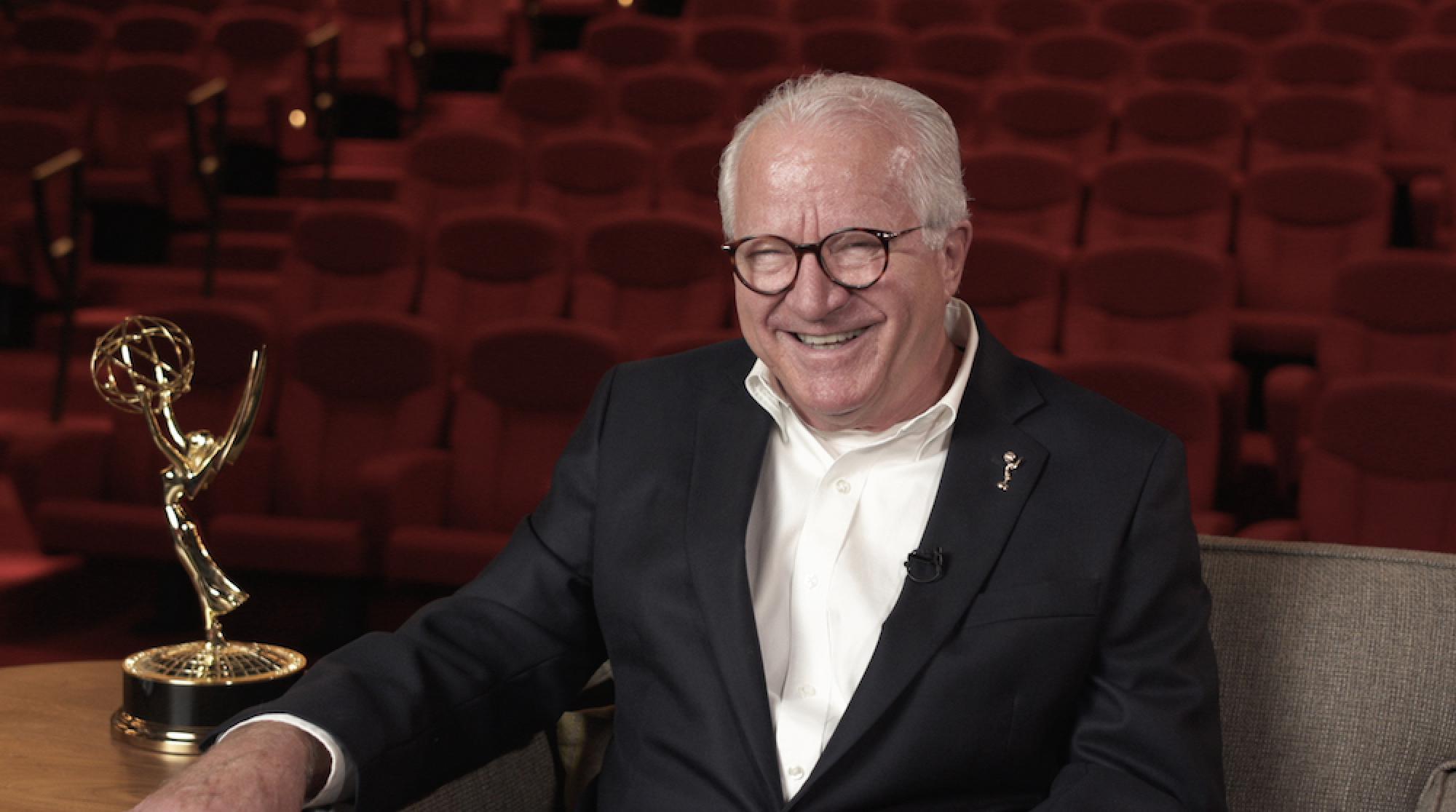 Related Page
Dr. John Leverence
Sitting down with longtime Senior Vice President of the Television Academy Awards John Leverence is a primer not only on everything one could possibly want to know about the Emmys and Awards administration, but also a lesson in American popular culture, history, and Greek philosophy. Dr. Leverence began his career as an academic after receiving his PhD at Bowling Green University at the Center for the Study of Popular Culture, and only accidentally happened upon a 40-year career as the Awards Administrator of the Emmy, an award he describes as "numinous" and "life-altering" for those who receive it.
Although I have worked at the Academy for 12 years myself, I honestly had no inkling the amount of thought and intense discussion that revolves around the award itself. John has seen it all and even written about it all in his book "And the Winner Is...", but to hear him excitedly run through the processes and decisions which he, the Awards department, the Awards Committee, and the Board of Governors all grapple with each year is riveting. Of course, there are the issues dealing with award eligibility, such as the technicality which prompted Peter MacNicol's nomination for guest-actor on Veep to be rescinded. And there are issues with award management, such as the "Rule of 14" whereby if an award has fewer than 14 nominations for two consecutive years, that category is eliminated or merged. But when there is a question that deals with the integrity of the award which may in some way impact the way the Award is perceived or in any way might diminish its meaning, Dr. Leverence takes this incredibly seriously: "The single most important and valuable asset of the Television Academy," he says, "is the integrity of the Emmy."
If you are in any way curious about the history of the Emmy, the rationale behind the many categories, or how the winners' names are truly kept secret from everyone including the Awards department until that magic envelope is revealed, then here your queries will be answered. Who knew, for example, that the names of every single nominee is engraved on a plate, laying ready until the winner is announced? Or that the award weighs almost six pounds? Or that The Sopranos was almost ineligible for an Emmy nomination in its final season? Or that there was a time before Netflix (what?) when only national broadcast networks were eligible for Emmys?
The passion with which Dr. Leverence has approached his role and the legacy he leaves is apparent to anyone who has met him, or may meet him through this interview. As we approach the 72nd Annual Primetime Emmy Awards this weekend, to those nominated or who have every been nominated, there is no greater validation of your achievement than John's words describing Emmy as an award that has come to "define that is which is exceptional, from that which is ordinary." Congratulations to all the nominees, and congratulations to Dr. Leverence for his lasting contribution to Emmy and the excellence it represents.
On what distinguishes the Emmy award:
On keeping the Emmy winners secret:
On the design of the Emmy statuette (described by Dr. Leverence as embodying the Academy's intent to further the arts and sciences of television as represented by the lightning bolt or electron, uplifted by the muse of art, in a worldwide phenomenon):
On the importance of the Television Academy Foundation's Interviews:
- Jenni Matz
Watch Dr. John Leverence's full interview.