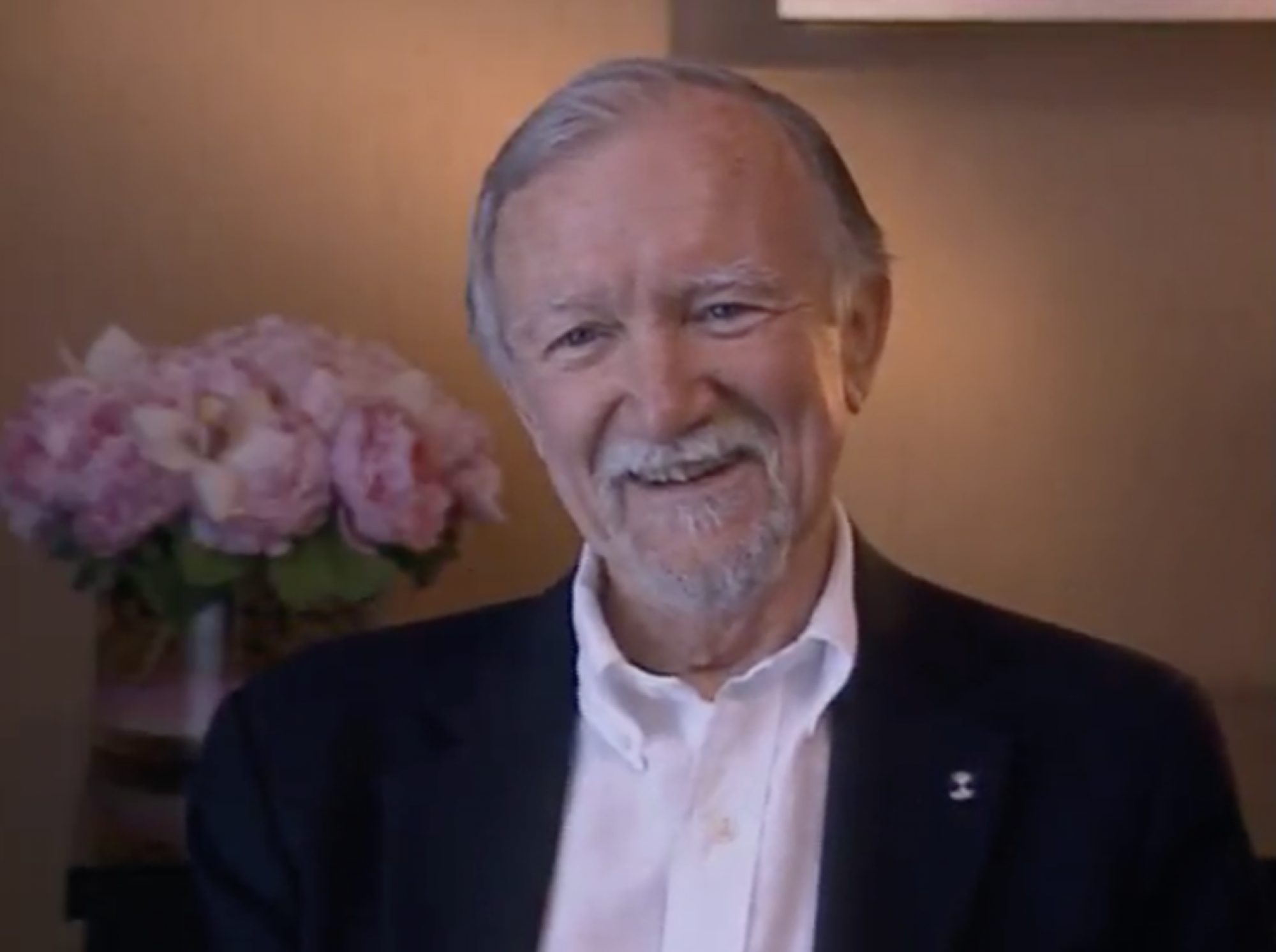 We’re sad to learn that executive William Clotworthy has passed away at the age of 95. Clotworthy began his career as an NBC page before moving into advertising. He worked at BBDO for 25 years as a commercial television producer, and was the ad liaison for shows including G.E. Theater, Your Hit Parade, and You Bet Your Life. From 1979-1991 he was NBC’s Director of Broadcast Standards, serving primarily as the network censor for Saturday Night Live.

My career trajectory? I didn’t have a trajectory. I stayed on a straight line for 25 years and that was about it. Well, except I was doing different things in different shows. I must have done 10,000 radio commercials, TV commercials for everybody and their uncle. And then worked on a different program. After G.E. Theater went by the wayside thanks to Bonanza, we bought a show called G.E. True, based on True Magazine stories, produced, directed and starred in by Jack Webb. And there was a character. Wonderful… But then I went on and did a lot of specials for Armstrong, DuPont, General Electric, and did a lot of Jacques Cousteau specials.

On working with the writers and cast on Saturday Night Live:

Well, somebody told me the other day, they had run into Kevin Nealon out here in California. And they said, ‘Did you know Bill Clotworthy?’ And Kevin says, ‘Oh yes, I remember Bill.’ And they started talking, and he said, ‘We always used to overwrite just to try and get something through.’ And my response to that is, and we always knew you were. … If there were any secret to working on that show, from our point of view, from my point of view, was a mutual respect. They knew, I think they knew that I had a thankless job. Nobody else ever wanted to do it. I had great respect for them as creative people. So we got along pretty well. We had our moments, but they were always on a pretty friendly basis.

On the send-off he received from Saturday Night Live when he retired:

Lorne came up to me and said you’re leaving. You mind if we say a few words? … Fine. So Dennis Miller and Herb Sargent got together. I don’t know where they found this old picture of me. They found an old picture and they were going to say, ‘Our censor for the last 12 years is leaving us and we’re sorry to see him go. Goodbye, big old jackoff.’ So I looked at this thing and of course, they were putting me on a spot. They all did it on purpose. As to whether or not I’d allow anybody to be called ‘jackoff’, then I figured, what the heck? I wasn’t going to be here. I’m leaving! I don’t care. Sure, do whatever you want. I have no idea whether we got a reaction to it or not, to tell you the truth. Because after that, I just never went to the show again. They’d ruined enough weekends for me. So I’ve watched it very, very infrequently, just, maybe the repeats on Comedy Central or something. But it was an experience that I will never forget. It was wonderful. It gave me job security because nobody else wanted to do it. Because of the hours. And you took a lot of heat. You took a lot of heat. But if you had a sense of humor yourself and didn’t take it too seriously, I survived.

Watch William Clotworthy’s full interview and read his obituary in The Hollywood Reporter.