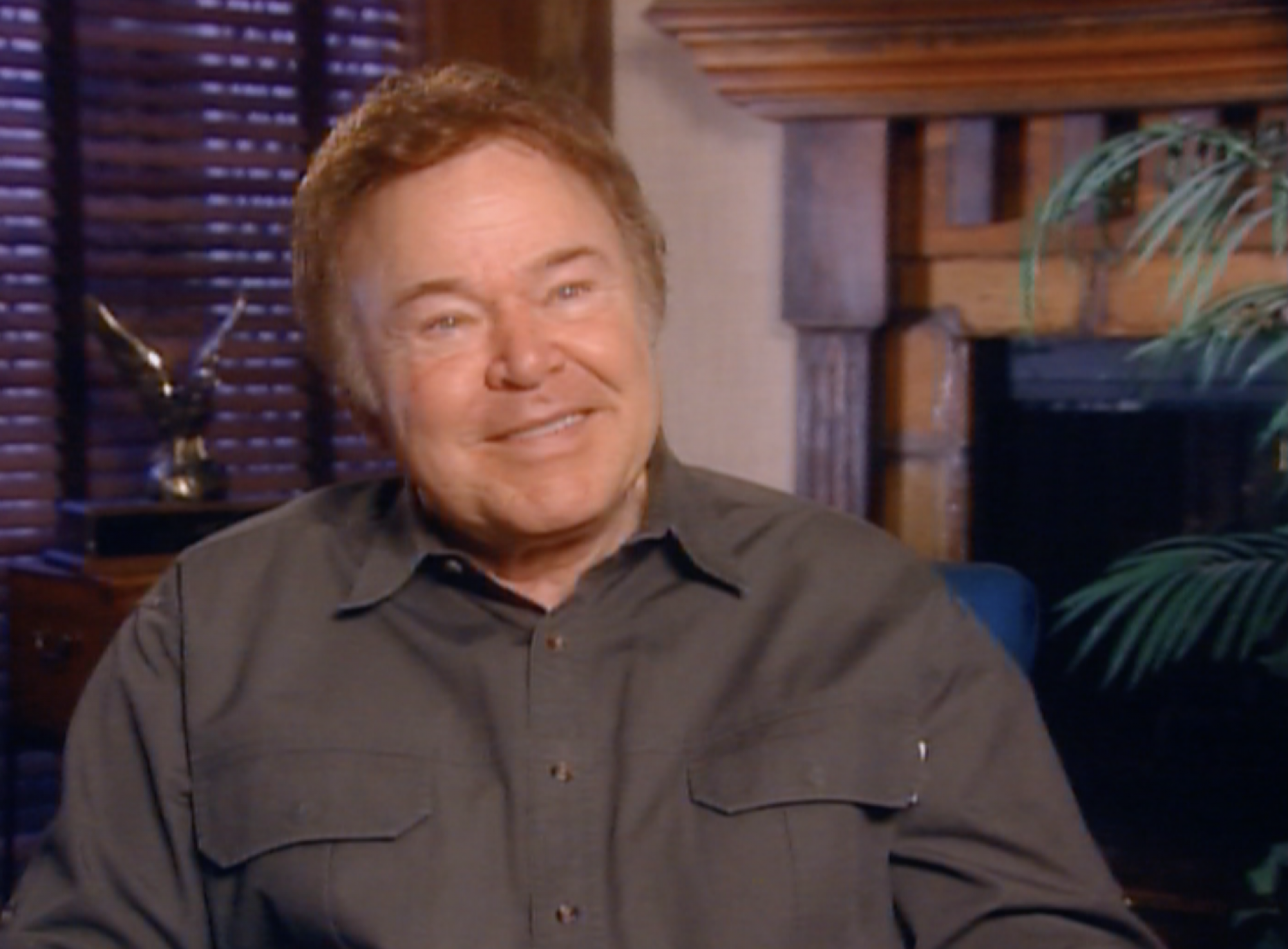 We’re sad to learn that host/performer Roy Clark has passed away at the age of 85. Clark was a country music performer who is perhaps best known to television audiences as the host of Hee Haw. He was also a frequent guest and guest-host on The Tonight Show Starring Johnny Carson.

On how he came to host Hee Haw:

[The producers] came to me and said, "We're getting ready to do a musical variety show, not too unlike Laugh-In. And a lot of -- a lot of music. A lot of blackouts. Skits. Boom, boom, boom, boom, boom. Would you be interested in co-hosting?" And I said, "Yeah." Because I found out years and years ago, you say yes to everything. … And that was like, say, in the fall of '68. And, it was about January, February, my manager, called and said, "They're getting ready to do that show." I said, "They're getting ready to do what show?" He said, "They're calling it Hee Haw." I said, "They're calling what Hee Haw?" He said, "Well, that's just a working title. I'm sure by the time that it goes on they'll have a more meaningful name." Looking back on it, what is more meaningful than Hee Haw for the type of thing that we were doing? And it was supposed to have been a one-hour special, just to see what kind of reaction it would get. But that was the year that the Smothers Brothers and CBS had a falling out, and it left CBS with a summer slot. And so they called the producers of Hee Haw and said, "Do you think you could do 13 shows instead of one?" And they said, "Of course we can do 13 shows."

On dealing with fame:

I don't think it has affected me. I really don't. … I can't in my heart believe that there's a kid anywhere that looks up to me the way I looked up to my idols. I can't accept that. And in a way, I know that they do come up and say, you know, wide-eyed, the way that I did, "Mr. Clark, could I please have your autograph?" So, I don't want to slight them by saying they're not sincere, but on the other hand that's hard for me to accept they feel the same way that I did when I looked at my heroes. I was that kid with the wide eyes and the slack jaw that was watching Gene Autry, Roy Rogers, and all these people that I later became friends with. … But fame …there's a lot more out there better than I was at my peak. So what have I got to get swellheaded about or think that I'm any different than anyone else? You know, if the world was a guitar player, then who would go watch him? If the world was a cab driver, who would ride in his cab? They'd all have their own. Be what you are, be the best at what you are, and if you don't like what you're doing, do something else. That's the way that I've looked at life.

That's hard. I think that they can see through all the stuff that I've done and say, "He was a good old boy." And I am a good old boy. And the reason I say that is because I think good thoughts, I don't envy anyone else, I'm glad for other people and their success. I'm just a nice guy. I'd like to have me for a friend. And I don't mean that egotistical. I'm just easy. A lot of people will interpret that saying, "He don't know a whole lot! He's pretty dumb." But there's a solace in that -- in that dumbness. And a happiness. You know, it’s hard to be irritable and hard to get along with. If you think about it, to dislike someone, you've got to spend a lot of time trying to figure out why you don't like them. And if you think too hard, there's no reason. If you just leave it open, you like them. There's no reason not to. It's like it's easier to smile than it is to frown. It takes more muscles in your face to frown than it does to smile. And that's just the way I am. I don't take credit for it, either. It's the way I was raised, it's the way I was brought up, it's the way that my family is. My brothers and sisters, we're all just as close now as we were when we were all living at home. We have family reunions and I’m just Roy. I'm no big guy. In fact, I was just on television here not too long ago. And I called my brother and I said, "Well, did you see me on television?" He said, "No, there was a good fight on." So that's how important my professional life is to my family. They'll watch me if there's nothing better. Well, they've seen me before.