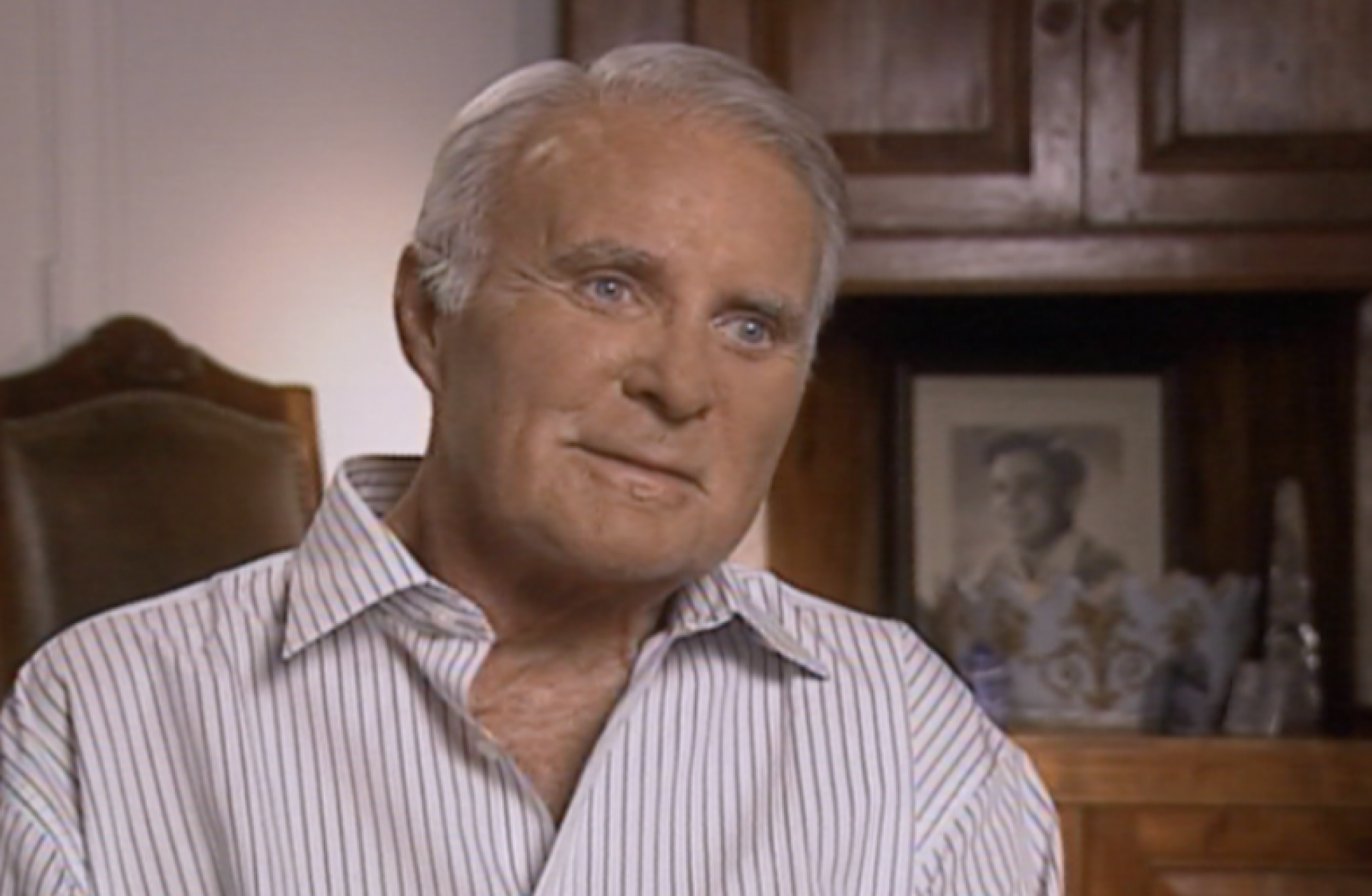 We’re sad to learn that actor Robert Conrad has passed away at the age of 84. He began his career under contract at Warner Bros. Television, becoming a series regular on Hawaiian Eye. Conrad is perhaps best remembered for his starring role on The Wild Wild West. He went on to star on Baa-Baa Black Sheep and appear in the miniseries Centennial, among many other roles.

On how he got his Warner Bros. contract:

I got a job over there in a Western called Maverick, and in that there was a fight sequence. And I told the actor, I said, “You’re getting too close, you’re getting too close.” And I said to the director, “Why don’t you double it?” He said, “We don’t have a double for him.” I said, “Well, he’s going to smack me. If he does you’ll grab him.” And he rolled camera and sure enough he hit me. And I hit him back. And it went out to the executives and the executive named Hugh Benson said, “I like that kid, I like that kid.” And they put me under contract.”

On auditioning for The Wild Wild West:

“The only thing I remember about the test is talking to the camera and telling the camera that there was no point in going on with any other actors, that if they were using common sense they’d hire me. I was teasing of course, but it was a little bravado on my part, which I’m known for and subsequently became a reality. And it lasted four years.”

On his approach to directing:

“It was a piece of cake, it was easy, cause I knew what the crew could do and I knew what the talent could do, meaning actors, so if you can get those ingredients together and you know that they have a rhythm you’re a hit. You know if you stand around wasting time, you’re wasting money, cause you know time is money in the television business. … I’m several actors favorite director. Here’s an example: if you work for me, you’ll read the script and we’ll have a meeting and we’ll get together and we’ll have lunch, and then I’ll say, “Now does anyone have any problems with anything they’re about to say in this script?” And someone will raise their hand and say, “Well, I have a problem with this,” and then we’ll accommodate the problem and we’ll adjust it. And then when we go to work, I tell them leave their scripts at home cause they’re not paid to memorize scripts on the job, they’re paid to say the words on the job. And they do and that’s the way I work.”

On advice to an aspiring actor:

“I think the advice that you give an aspiring actor is …when you come in you’re committed to the role, you know exactly where he is, you know where the camera is and you don’t have to ask about it, worry about it. The camera will find you, you don’t have to find the camera. … And if an actor’s committed and dedicated he’s going to survive, but if he isn’t, he won’t. My advice to him is know your work, it’s crucial that you know your work, and hit your marks, and say your lines and you’ll be all right.”