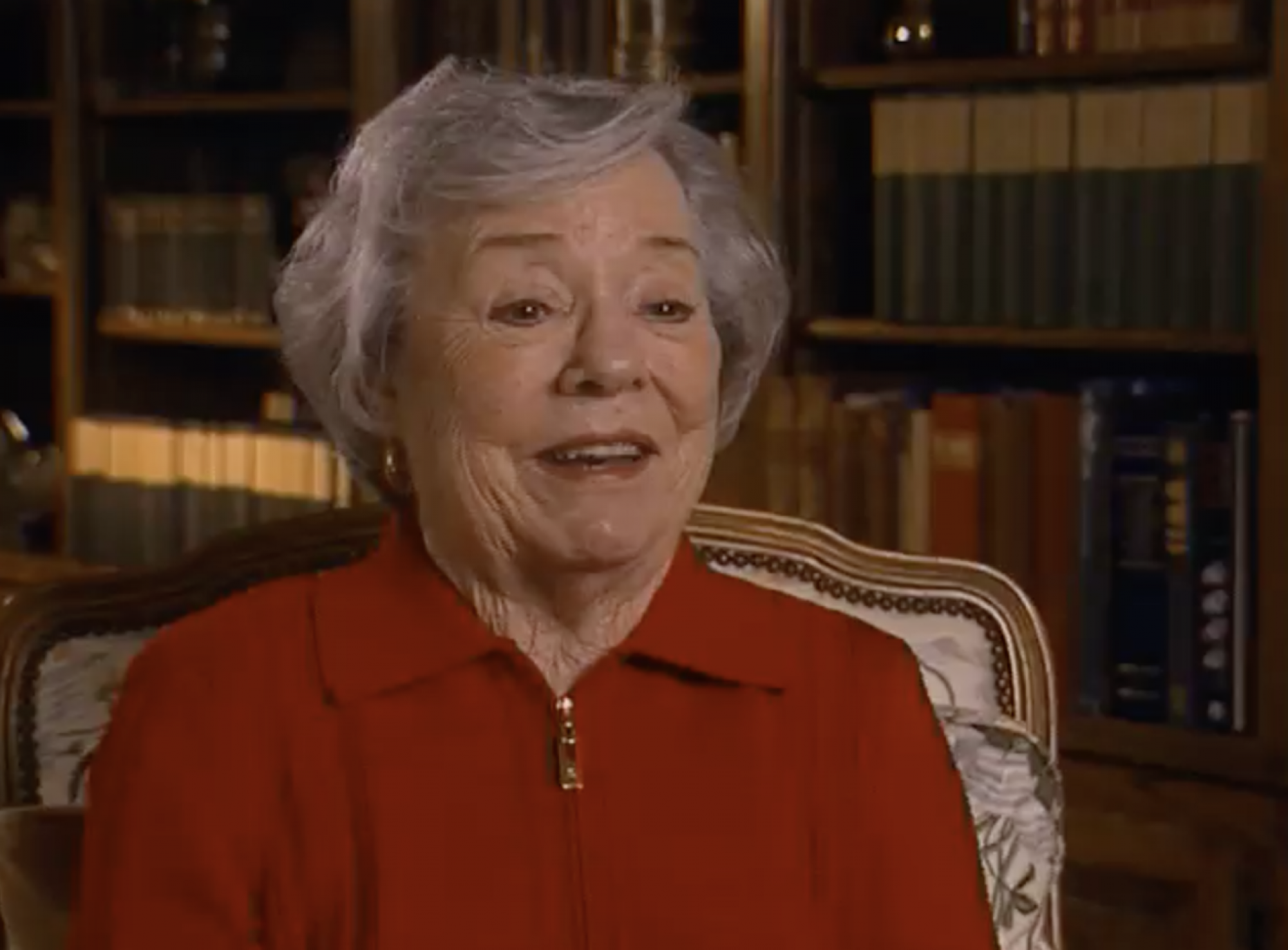 We’re sad to learn that actress Pat Hitchcock has passed away at the age of 93. The daughter of director Alfred Hitchcock, she grew up on movie sets and appeared in her father’s films, including Stage Fright, Strangers on a Train, and Psycho. She also appeared on Alfred Hitchcock Presents, as well as other early live television shows such as Playhouse 90.

On performing on early live television:

Live television you have to have had stage experience to really do live television well. Because there were no cuts, so you learned everything. I loved doing it because I’m a very technical actor, I don’t have to feel anything to get it across. I remember doing one show and I had a long, long speech and I was thinking while I was doing the speech, I think I’ll pause a little more here, I think I’ll do this, that and the other. And I loved that because I am a very technical actor. … if you’d done stage work, it was just like doing a stage play.

On her father’s demeanor on set and working with him as a director:

On how her parents met and her mother having been in the movie business before her father:

My mother was in the movie business before my father. This was in the silent movies and she saw this young man coming in with this big thing, an envelope which had a lot of drawings in it and he actually studied to be an engineer but then decided he wanted to get into the picture business. So, he took all these things out and he finally got a job writing the titles for the movies. Like in the sunsets and he would draw the sun setting. …That’s how they met at the studio. …I don’t think she was exactly a pioneer; I think that’s sort of giving her a little bit more but, she was in the very early days of the movies. …I don’t think she ever got the credit for being as good as she was. My father depended on her for everything. And in the early days she wrote the scripts, and then she became continuity, and then finally she just worked with him all the time.

Watch Pat Hitchcock’s full interview and read her obituary in The Hollywood Reporter.