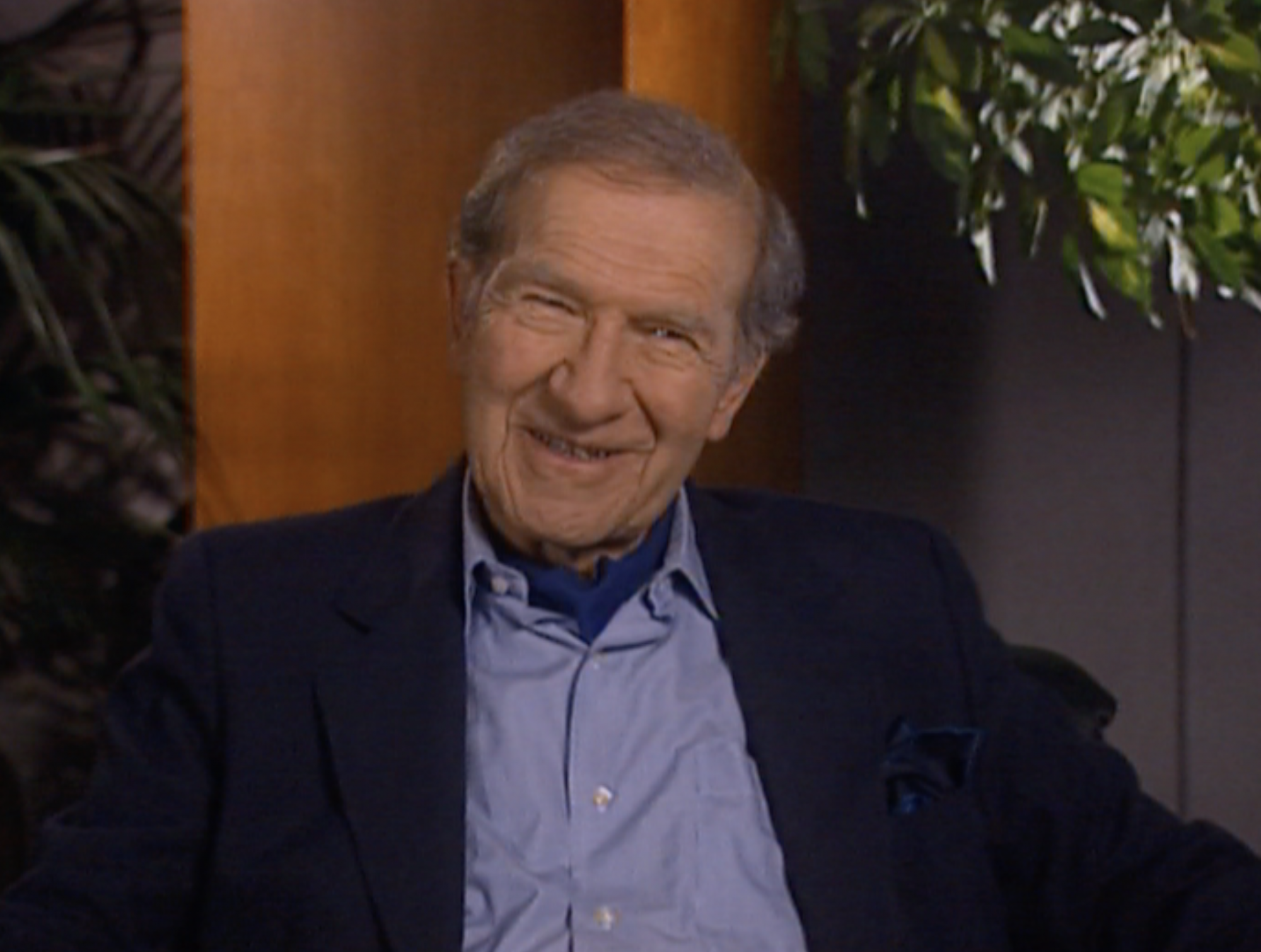 We’re sad to learn that news correspondent Murray Fromson passed away at the age of 88 on Saturday, June 9. Fromson began his career in print journalism, writing for Stars and Stripes while he was serving in the Korean War, and for the Associated Press. He went on to work for NBC News, covering the 1960 presidential election, before his many years as a correspondent for CBS News, covering the Vietnam War and the Soviet Union. He also helped found the Reporters Committee for Freedom of the Press.

On the Reporters Committee for Freedom of the Press:

When Nixon and the Nixon White House, John Mitchell, the Attorney General indicated they were going to subpoena journalists for their state of mind, their notes, their outtakes, their contacts and so forth…In December ’69 I had Anthony Lucas of The New York Times come over to my house for brunch one Sunday morning and I said to him, “Tony, if they subpoena me I’ll refuse the subpoena. I’ll go to jail first. I will not testify.” … I said to Lucas, I said there’s my attitude, I said and I think our bosses, meaning the station managers, people in charge who were very fearful of… government intervention, suspension of licenses and so forth, I said I don’t think they’re going to help us. So we had to form our Committee of Reporters, to fight this whole question of subpoenas. He said, that’s a good idea…And we got 35 reporters together who gathered in Washington, D.C. and a law professor at Georgetown University named Samuel Dash, who nobody had heard of at that time until much later on became chief prosecutor in the Watergate investigations. He arranged for us to have a venue at Georgetown University. And 35 of us or 33 of us, I think of us, who gathered. That meeting is where we formed the committee itself…And we have seen to it that no journalist threatened with a subpoena in this country ever has to pay for legal costs.  We would provide the legal costs, pro bono contributions of lawyers who were interested in First Amendment rights.

On reporting on the Vietnam War:

In Vietnam we didn’t have censorship, as we did in Korea. But we had pretty much what is called the embedded situation. Because there were hundreds of journalists who descended on Saigon. And we needed the military to provide the transportation to get to the battles, to get to the battlegrounds. Well, we went where they wanted to take us. Sometimes they would do just what we asked. But most of the time we did pretty much what they wanted us to do. So we saw this perception that they had of what the war was like. I mean, we were able to get some good coverage from all that. But I think anybody who throws his arms around the coverage and thinks it was somehow sensational, I’m not quite disposed to believe that. I think we did a pretty good job but it could have been a lot better. But the problem is it could have been a lot better if we’d had the cooperation of people from all over. But you know, how do you get to the Viet Cong side, the North Vietnamese side? And just supposing they did give you access, would you want to be shooting pictures of American kids being killed? I don’t think so. And that’s true of all wars. The wars we fought have been one-dimensional. We didn’t know the Japanese. We didn’t know the Germans. We certainly didn’t know the Koreans or the Vietnamese. So it's a one-dimensional coverage based on what our people tell you is going on. But having said that, I think that there were aspects of the war we covered that were very legitimate and very necessary.

On advice to aspiring journalists and the importance of journalism:

I’ve talked to young people and I’ve said to them they should go to small stations. And try to learn the craft as well as you can. But take with you the knowledge that we try to impart from you at the university in terms of ethics, honesty and integrity, and credible thinking. Of how to analyze and check information that’s given to you. They call it investigative journalism, if you will. I think those are important factors. But I think with all the bellyaching about the press, I challenge the American people to imagine what it would be like if there was no press. What would it be like? It would be pretty damn awful. It would be like a dictatorship…Regardless of what the party is, whichever political party, there has to be an awakening by the American people, who have to insist on accuracy, on honesty, and this begins with honesty. The political process has to be honest. For the journalists to be honest.