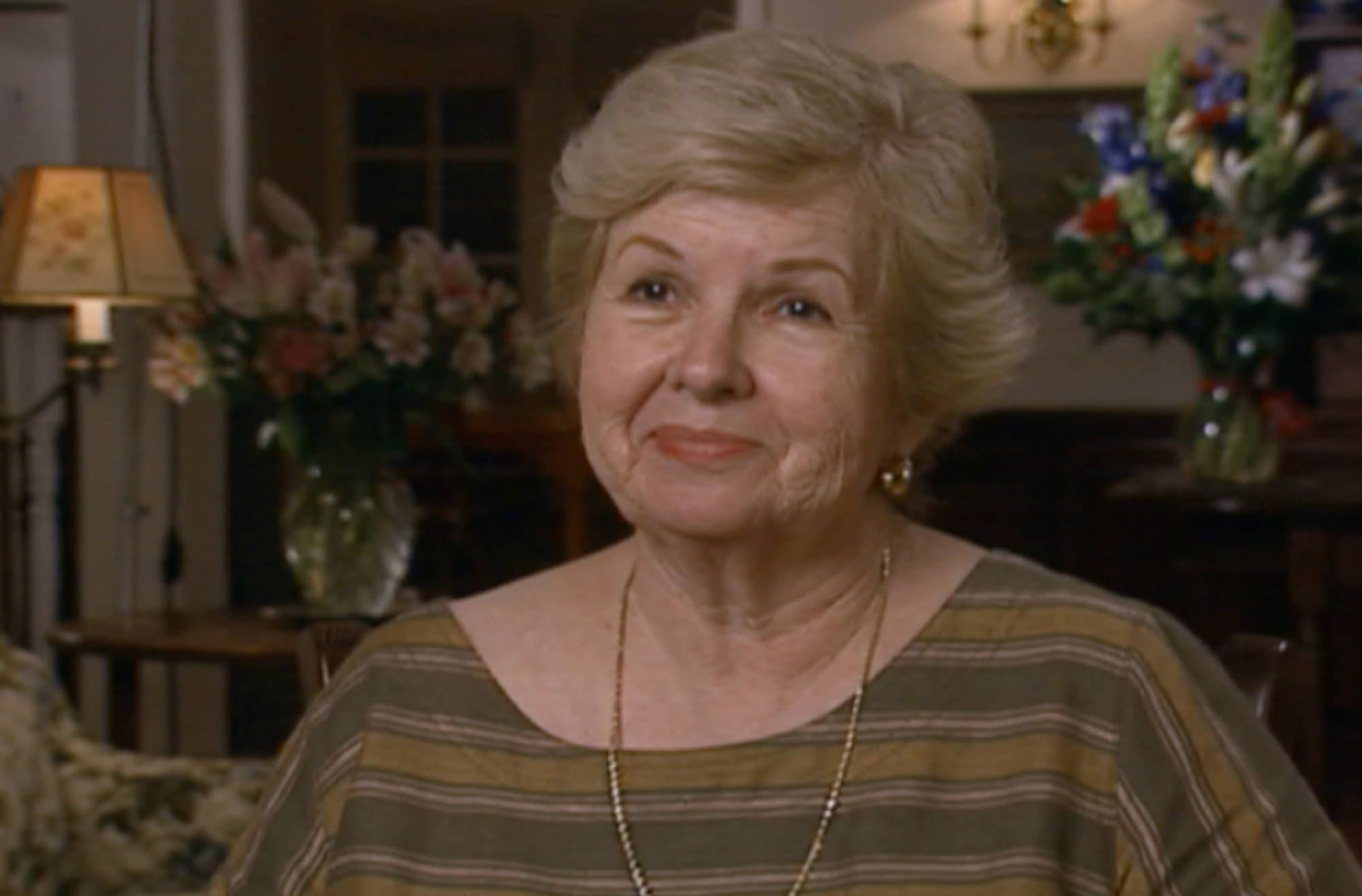 We’re sad to learn that actress Mary Kay Stearns passed away on November 17, 2018 at the age of 93. Stearns began acting as a child, and went on to make appearances on stage and film on the West Coast, before moving to New York to appear on Broadway. She began working on television on the DuMont network, and she is perhaps best remembered for starring on television’s first sitcom, Mary Kay and Johnny, with her husband, Johnny Stearns.

Below are some selections from her 1999 interview, conducted with Johnny Stearns:

On playing a version of herself on Mary Kay and Johnny:

“When you’re playing a role, you do homework on creating a person that you’re going to become. You think about, you know, where they went to school, and what their parents were like. And creating this person that you’re going to project to the audience. When you’re playing yourself, obviously there’s none of that. … [But] no, it wasn’t myself. The main thing was to remain truthful. And you know, in comedy, especially in farce, but even in light comedy, there is a danger of overdoing in order to get the reaction from the audience. Of course, in television there’s no audience, but anyway, there is a thought process of overdoing because you want to draw something from them. So the main thing is to remain truthful so that-- to heck with the audience, you’re doing it for yourself."

On her first time performing on Broadway:

"It was so exciting and I was so nervous that I can remember as if I’m observing myself, but I can’t remember from the actual feeling. But after my first couple of lines, I was supposed to go downstage and sit on a couch next to a wonderful character actress named Helen MacKeller. And I remember slightly that she grabbed hold of my hand and she was holding it so tightly, because she was trying to make me, you know, conscious, instead of so nervous. ... I mean there’s always, at least for me, there is always stage fright. But to a completely different level. I was just practically walking in a dream in the first appearance that I made. As I say, I understand from other people later, that I did say all the lines, but I was really walking in a dream. But subsequently, I managed to contain it better."

On approaching a new role:

“You create a person from way before this period that you’re portraying. You go way back as far as you can in creating this person. I think that’s the most important part. So that whatever you do, you’ve got that background as your basis to come from. You have roots to work from, because this isn’t just something on a page, this is somebody that you are, now in your mind, you’re encountering this person.”