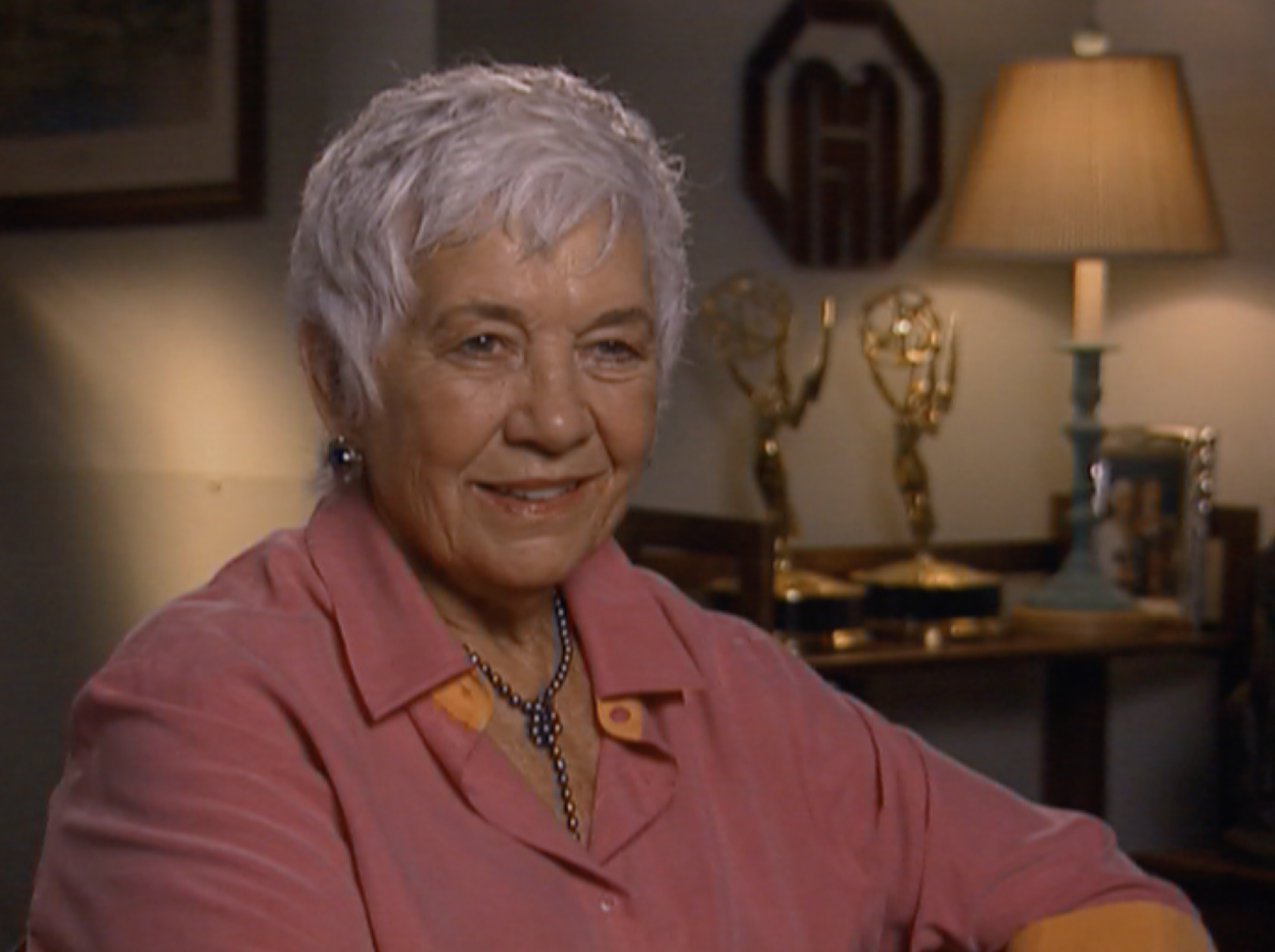 We’re sad to learn that producer Marian Rees has passed away at the age of 90. She began her career working on Lux Video Theatre and An Evening with Fred Astaire before going on to work with Bud Yorkin and Norman Lear at Tandem Productions, associate producing the pilots of All in the Family and Sanford and Son. Rees founded her own production company, Marian Rees Associates and was the executive producer of many made-for-television movies, including many movies for Hallmark Hall of Fame.

On working on An Evening with Fred Astaire:

And it was, it was really an incredible experience. Just to be in a studio with Fred Astaire and, and Barrie Chase, who was his partner at that time. … I came in to kind of pull up the odds and ends of it and get it back on schedule. They weren't in that much trouble, but I did the watch. But it was a great experience to be in a room with Fred Astaire and Hermes Pan, his choreographer, and David Rose, the musical director, and I thought, “It probably doesn't get much better than this if you're in this business.” It was just so inspiring. And I had such admiration for Mr. Astaire. To this day, I would say Mr. Astaire, he was just a remarkable professional, and very demanding of himself. Not of others, but because he demanded so much of himself, you felt the pressure. … So it was just like a kid in a candy store, you know, to go in and hear this music, and watch Hermes diagram these steps with Astaire. And I'm sitting in a room with Fred Astaire. I think, I don't believe this, inside. But something special was going on. You could just kind of feel it.

On looking back on her career:

If there were any regrets, I may have been too stubborn. May have been too independent. Could have made maybe a few more movies. … but I just feel an enormous sense of being blessed with the opportunity and that stories would come to us. I'm proud of every one of them. I really am. But it's been a great privilege. And I no longer feel at all the failed sociologist that haunted me for so long. I think I fulfilled it. I'm content.

On advice to women who aspire to be in the entertainment business:

To understand [the business] as much as she could. … What is the business? What is it? You don't walk in and say, “I'm a producer. Hello.” You have to understand what that is. And it's complex -- learn as much as you can. Get any job you can in the industry that seems to promise a direction that will get you towards your goal, but at the same time, that experience may change your goal totally, and you find yourself tangentially going in a different way. But that's the experience. Immerse yourself in it just in any way that you can. … Immerse yourself in it. Immerse yourself in it, and don't be afraid to be ignorant of it. You can't pretend to know it.