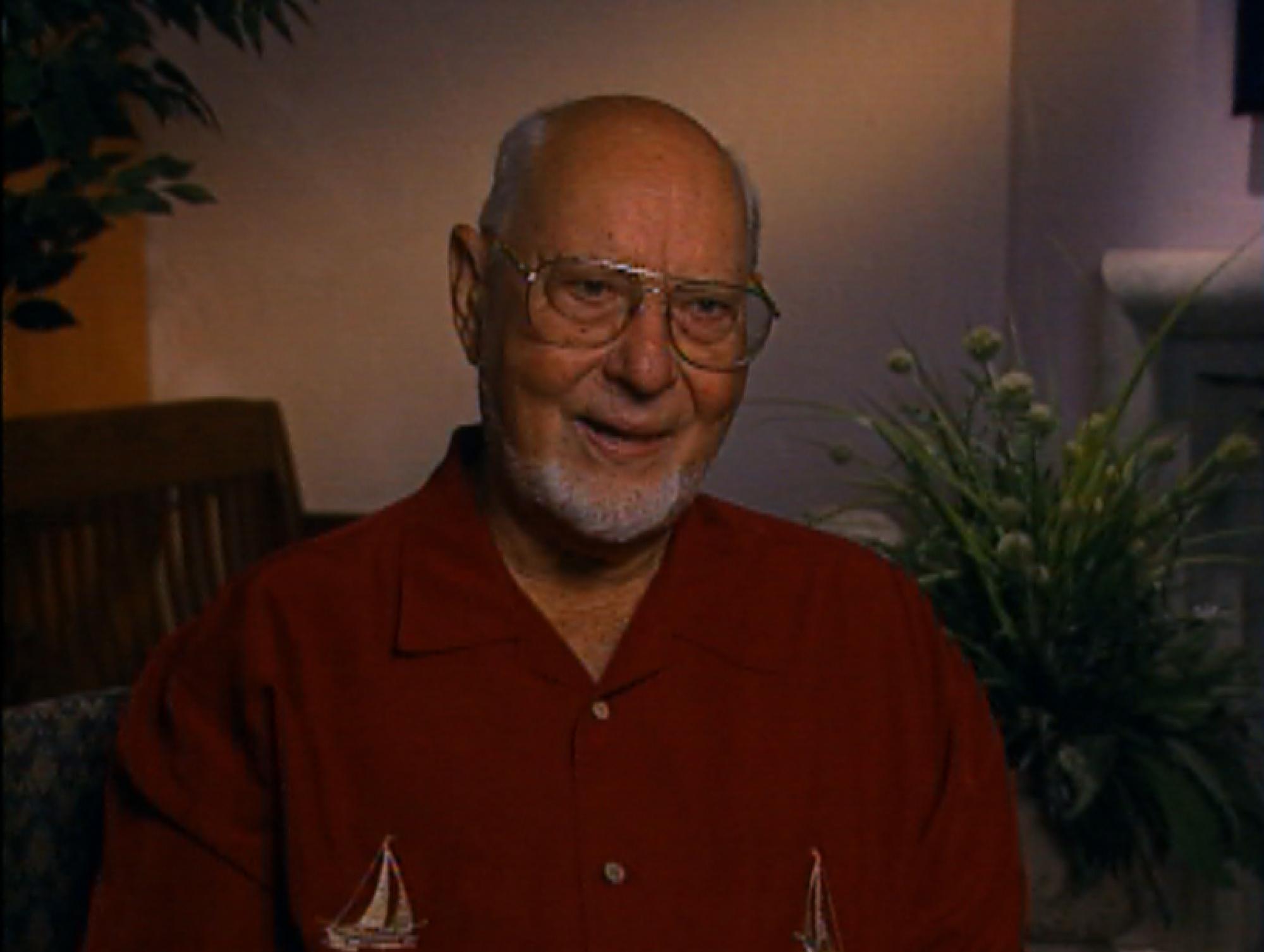 We're sad to learn that visual effects specialist Howard A. Anderson, Jr. passed away on September 27, 2015 at the age of 95. Anderson started working at his father's special effects company, The Howard Anderson Company, when he was just a child, and officially joined the business in the 1960s when he and his brother Darrell began working on titles and special effects for movies and television. Anderson worked on I Love Lucy and Dragnet and did special effects for the original Star Trek, where he devised a way to show the Enterprise speed through a field of stars and created the effect for the ship's transporter. Anderson retired from The Howard Anderson Company in 1990.

Below are some excerpts from his 2005 Archive interview:

On his work on I Love Lucy:

Our optical office was right next door to the stage that they did the Lucy pilot on. I knew all the people there quite well. I knew Hal Simon. We’d been doing Burns & Allen and other shows with him and his company provided the facilities for the Lucy show. That was the first show that had the interlock of three cameras so that they all ran at the same time. Had sound that was in sync with the three cameras. It was a big trick, originally, to slate them so that they all started together and we knew which reel or which 1000 feet of film belonged to which soundtrack. They came out with a big clapper. It must have been about 3 feet long and all three cameras focused on the clapper. The assistant clapped it -  set the sound and the three camera negative working in sync. And then they’d have to come back to their set up before they could say, "Action" and away they’d go. But that had to be done on every 10 minutes, every time they ran out of film.

On creating the moving star backgrounds on Star Trek:

That was done with a zoom, an optical printer. It was one of the first printers that had a probe where we could do it and repeat - the first motion control. Was able to zoom back and forth and come back to exactly the same position. Other optical printers weren’t that well built. But the first OXBERRY was. We matted off the room with the black velvet or black paper around the aperture, zoomed from way back into the frame, and moved it around 44 times all the way around to fill the screen with that. Moving stars coming from infinity. It was a big job. We only had about 14 feet, I think, of moving stars. And we were able to loop that, of course. But it took us three days of all day and all night on the printer. We alternated and slept there while we did the multiple passes. That was the worst of the bunch, the most onerous to do. But it came out fine.

On the models of the Enterprise from Star Trek:

There was just the one large one, about 11 feet long. Then an outfit in Arizona, a model outfit, came up with a fiberglass copy that was about 18 inches long. That was sold as a kit for aficionados of Star Trek back in the very early days. But we never used it for any of the shots. Over the two or three years that we got into production, we had all the shots that we wanted to use for stock material.

On working with Gene Roddenberry:

He was a wonderful guy. Very kind, very sweet guy. Had wonderful ideas, but they would change every time we’d run dailies with him. "Let’s see if we can’t do this, let’s try that, let’s do this, let’s make it smaller, let’s make it bigger, let’s move it this way." He had great imagination for what it should look like, what he envisioned out of it. Particularly the Enterprise model flying through space. It was unique. It hadn’t been done before, as far as I know.

On advice to someone starting out in visual effects:

I’d say be very computer digital knowledgeable. And probably take a lot of artwork, if that’s the kind of thing you want to get into. Either very familiar with art or the history of art. And the artists - analyzing carefully how the lighting and the effect comes off of portraits and scenics. Artwork would probably be a basic and the other would be the shear mechanics of digital work, of being computer literate. To a very high degree. And dedicated. That’s all you do all your life is that job. That’s the most important problem, and the toughest to come by.

Watch Howard A. Anderson, Jr.'s full interview and read his obituary in The Hollywood Reporter.