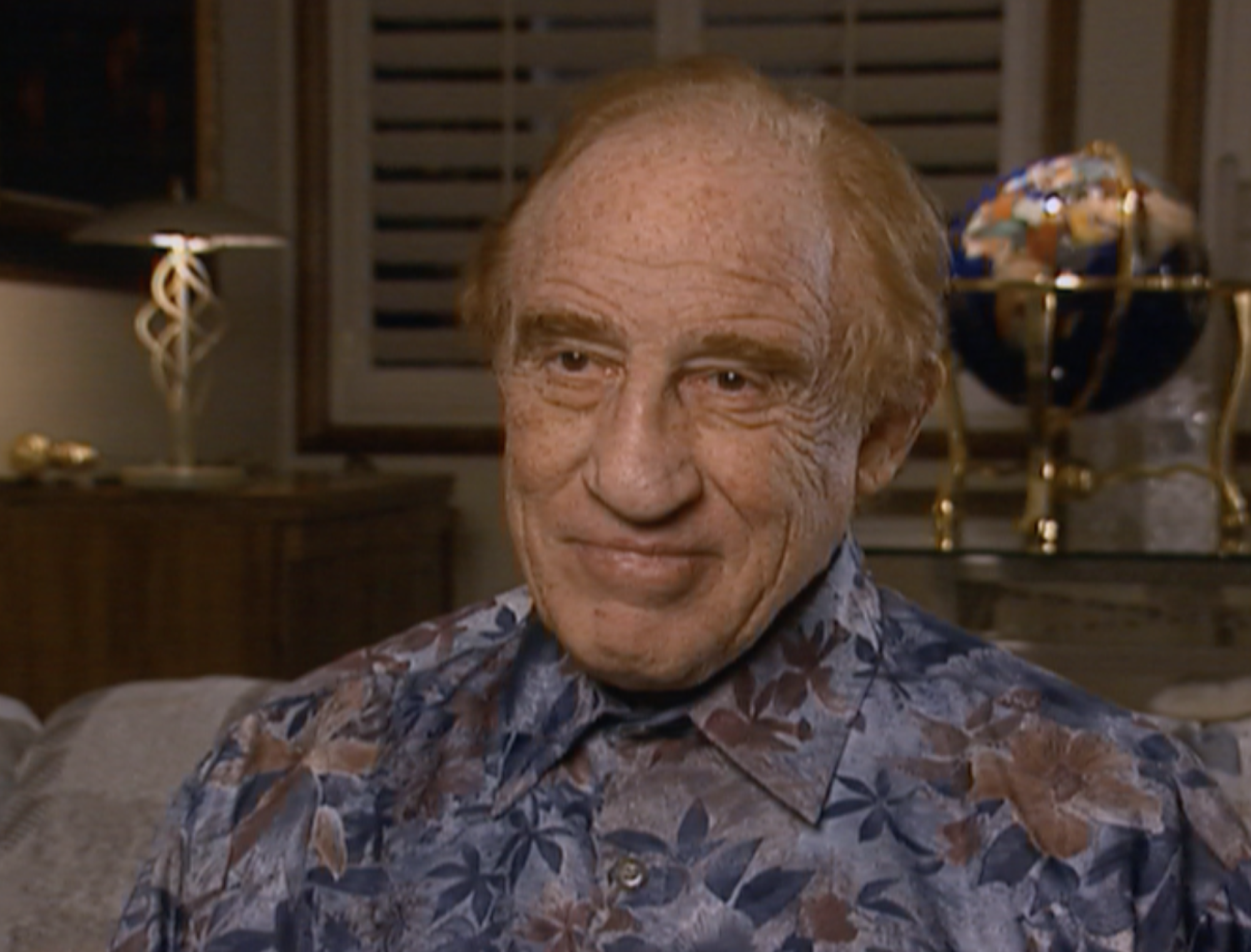 We’re sad to learn that stuntman Gene LeBell has passed away at the age of 89. LeBell began practicing judo and boxing before pursuing a career in film and television, which included work on The Adventures of Ozzie and Harriet, Lassie, The Green Hornet, The Six Million Dollar Man, Batman, The Adventures of Superman, among many other credits.

Below are some excerpts from his 2003 interview:

On how he got into stunt work:

“I was a professional wrestler, not a stuntman. Although in many cases, I was qualified because I did fool around with cars, did fool around with motorcycles. And four out of five of the shows you do on the studio is just stair falls, little fight scenes. And having a wrestling and boxing background and a karate background and judo background, it helped me quite a bit. And I was a tumbler also. So, I had a nice background. And people would call me up. They would say, ‘Hey, you want to work with me?’ … I used to wrestle on the road, and I'd come back, and I'd do a little bit and do a little bit more. They kept on calling me and calling me more and more. And although I loved to wrestle -- but you're on the road wrestling. You go to New York, you go to Chicago, you go to Miami, and you don't have a second bathing suit, a second pair of shoes. You're living out of a suitcase. And at home -- like the man came in here today and I says, ‘What color shirt do you want me to wear?’ I have lot -- I live here.”

On his first stunt job, on The Adventures of Ozzie and Harriet:

“The Ozzie and Harriet show, I got called for them because of a wrestling background. And I met Ozzie and Harriet and the whole family, they were very nice. The kids were very nice. And I worked the TV show and then they did a movie, and I got a chance to work that. … [I] got the tar knocked out of me. One of the boys had to hit my head against a wall. And it's no big deal for a stunt guy. I'm a wrestler, I'm tough. … Ozzie Nelson -- you don't see this today -- he put a piece of foam rubber in there and had the guys paint it the color of the wall. And he says, ‘Can you hit into that?’ And I says, ‘What did you do that for?’ You know, took an hour to cut it out and it was that thick. And see, if I hit against the wall, boy, you can hear the noise and everything. Not this ‘sshh.’ But we did and it was a quick shot, and he says, ‘I don't want anybody hurt in my show.’ I mean [he was] considerate. You don't get consideration all the time.”

On The Green Hornet and working with Bruce Lee:

“That's when I first met Bruce Lee. Bruce Lee is a world-class martial artist and a wonderful guy. … So, I ended up working for The Green Hornet, doing a lot of the shows. And I got close to Bruce Lee, and he came down to my school and worked out for over a year, privately, and I went and worked out with him at his school. And I taught him judo and wrestling and stuff like that, and some finishing holds, which he later worked in some movies. And he showed me a lot of his kicks and striking, which even today I use in the movies. A wonderful, wonderful man and a great martial artist.”

On the qualities that are essential for a stunt performer:

“Clean living. Being talented. Being safe. Being liked. Do what they tell you to do. Do a good job. Every time, do a good job. Because it's like an artist. This is very important. You are an artist. You are an artist. Artiste. When you do an oil painting, it's forever. When you do TV, it's forever. So, if you just come in there to take the money and run, you do a lousy job, guy sees that – ‘Oh, that was lousy.’ They don't use you again. So, if I'm not ready to fire, I don't go to work. And I do the best job, 110%, every time.”

Watch Gene LeBell’s full interview and read his obituary in The Hollywood Reporter.