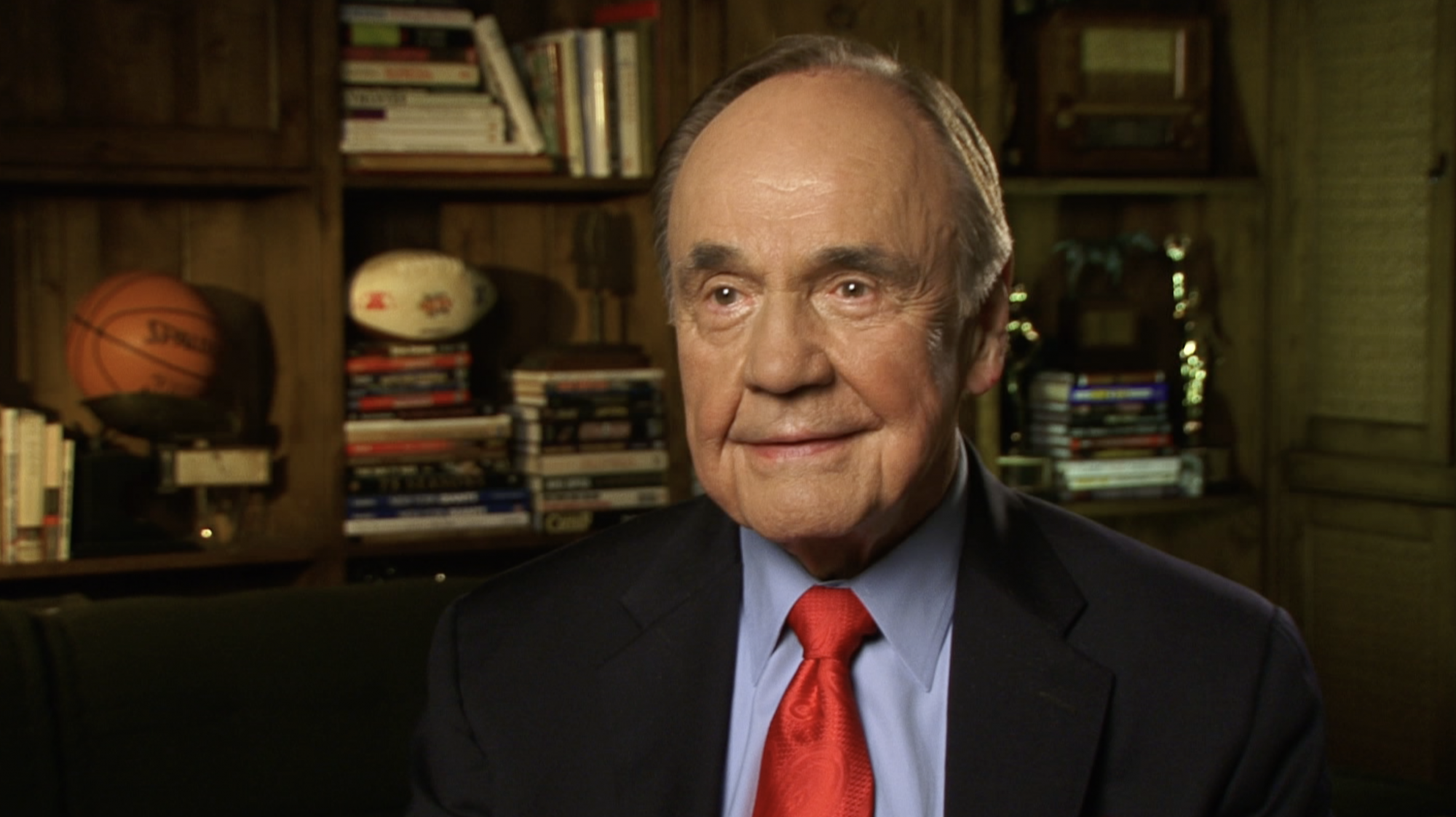 We’re sad to learn that sports broadcaster Dick Enberg has passed away at the age of 82. He began his career in radio before moving on to sports announcing for KTLA in Los Angeles. He went on to become the announcer for UCLA’s football team, where he developed a fierce following with his catchphrase, “Oh my.” He also was a host of game shows, worked at NBC Sports and CBS, and called a variety of sports, including NCAA basketball, the Super Bowl, several Olympic games, the San Diego Padres, and Wimbledon.

On his “oh my” catchphrase:

“It's a Midwestern expression.  And my mother used it constantly. It's an acclamation. People say, ‘Did you hear about…? Oh my, is that right?’ Or, ‘Oh my! That happened, too?’… I didn’t use it at Central Michigan when I was calling the games there. But I went to Indiana, when I won the audition I’m saying, you’re doing Big Ten games now. I mean, you’ve got to have a catch phrase. You’ve got to have that punctuation mark. And all the good ones were taken.  You know, all the religiously related, the ‘Holy Toledos’ and the ‘Holy cows’ and Red Barber’s ‘Oh, Doctor.’  Mel Allen, ‘How about that?’  Well, what am I going to use? And I thought about, well, how about ‘Oh my?’ And so the first couple of Indiana football games that I did, I threw in a couple of ‘Oh mys’ on either a surprising play or a touchdown play and I was in the graduate dormitory and all of the sudden guys were saying, ‘Hey, Enberg, go “Oh my!”’ And I thought, okay, that’s it. And it's been since 1957, a very good friend.”

On advice to aspiring sportscasters:

“I tell young people who want to be a sportscaster to take every class they can on writing. To learn how to think like a writer. Because every broadcast is a piece of theater you know, football is a four act play and you set the scene in the first act and you develop the characters in the play and then the plot unfolds and you see how the characters fit within the drama of that plot. And when the murder is finally solved in the fourth quarter, the decision is made then, you’re able to tie in all the elements that led into this, that interested you in this theater or this book to begin with and pull it together and tie up the knot so that it’s a complete performance and I’ve often felt that we have been guilty of neglecting the first part of that book or that play. That we need to take more time to set up the scene and set up the players before we’re right into the heavy statistical or strategical analysis.”

“That I was the fan in the stands with you. That I sat next to you and we’re a couple of pals just going over the hitters and talking about the game and that you feel comfortable that I never interfered. I would like to hope that people feel that I didn’t interfere with the game. That the game dictated what I had to say and it was much more important than any presence that I had in that telecast.”