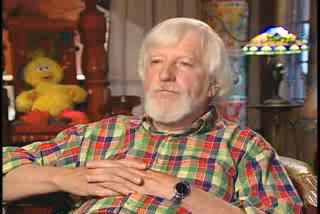 Archive interviewee Caroll Spinney, the puppeteer who plays the roles of Big Bird and Oscar the Grouch on Sesame Street, was honored with this year’s Lifetime Achievement Award at the 33rd Annual Daytime Craft Emmy Awards. Spinney was chosen for his work entertaining and educating children for nearly four decades, since the series debut in 1969. His characters have been seen on more than 4,000 episodes, as well as Sesame Street television specials that have taken Spinney to China, Japan, Australia, France, Germany, Canada, and the United Kingdom. Spinney starred in the feature film Follow That Bird and has performed on a number of other shows, including The West Wing and Hollywood Squares.

Mr. Spinney's Archive of American Television interview was conducted on May 12, 2001.