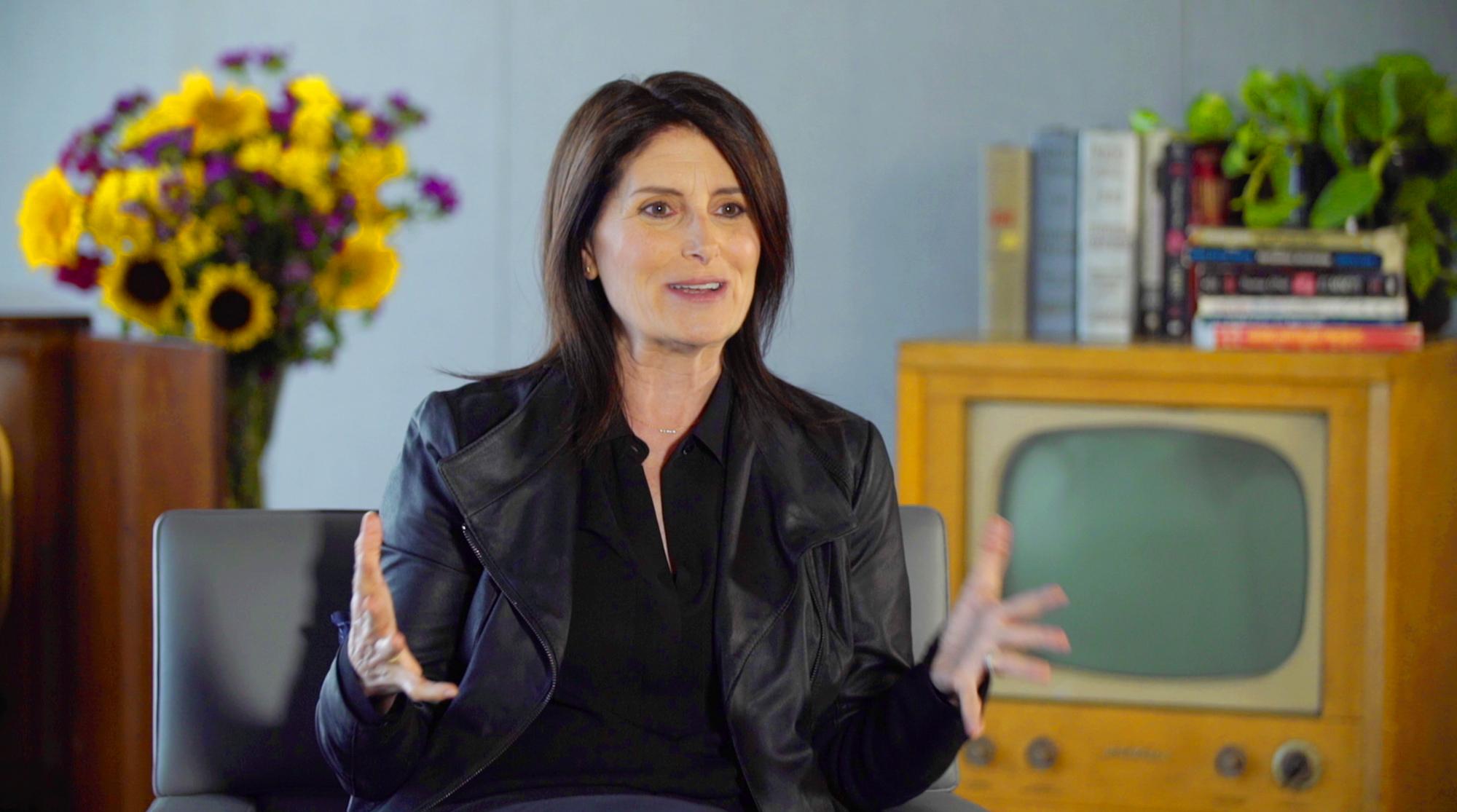 Lots of words describe director Pamela Fryman. Creative. Collaborative. Brilliant. Thoughtful. Modest. Persistent. But there was one more that stuck with us after sitting with her for The Interviews — kind. It is no wonder to us that Pamela Fryman has had such a long, illustrious career in television — people enjoy working with her.

Fryman started her TV career as an intern on The Mike Douglas Show, tasked with pulling the records of deceased guests out of the room full of pre-computer age file cabinets. "And I did it happily," she said. "Being in that building and being able to interact with those people, who were so lovely, was a dream come true."

That experience set her on a path towards a career in TV when she was hired on the soap opera Santa Barbara. She worked her way up the ladder from booth PA, to secretary, to assistant director, and finally, to director on her first show. Along the way she was nurtured and encouraged and given opportunities that were very unusual for a young woman in the early 1990s.

Since then she has helmed episodes of over 75 shows including Cybill, Friends, Suddenly Susan, and The King of Queens, to name just a few. But the long runs she has had on so many series seem to be the true testament to how much people like to work with her. She directed almost every episode of How I Met Your Mother (196 out of 208) in addition to 95 episodes of Just Shoot Me!, 34 episodes of Frasier, and, to date, has directed almost half of the Netflix reboot of Norman Lear's One Day at a Time.

Once producers work with her, they never want to let her go. And we couldn't help but wonder if this has something to do with her attitude and the vibe she creates on a set. If she could make us feel that warm and fuzzy after just a few hours talking on camera, imagine the mood she sets for actors and crews each and every day.

In re-watching her interview, we realized that every answer she gave included the concepts of happiness, joy, respect, and value. Not the words that first pop into your head when thinking about working on stressful Hollywood sets.

Here are a few of the inspiring highlights from her interview:

On Being a Female Director

Fryman knows she was lucky in her career as a female director -- she was nurtured and didn't face some of the struggles other women have. She hopes to see a future where being a female director is the norm, not the exception. "All I could do was try to pay it forward and the best way to do that is to treat people well. And if there's any legacy attached to my career, I hope it's that people who walked onto my stage felt valued and respected and empowered."

On Her Advice to Aspiring Directors and Producers

Most directors and producers have practical answers to this question, like learn your craft, make a short film, study camera lenses — all words of wisdom to be heeded. But Fryman saw it from another angle. "Be kind. Be strong. Empower people. You've got to work well with others. You've got care about the people around you."

On Her Directing Style

Read any interview with anyone who has worked with her and they will confirm that she is like a den mother, making everyone feel welcome. When we asked about her directing style she stated, "I guess I'm open. I like things to seem like they're a group effort. I like to mold things and yet stay out of the way at the same time. A good day is when you wrap and everybody feels like it was important that they were there."

On Her Proudest Career Achievement

Fryman has such a sunny outlook that she said she has zero regrets. "99% of [my career] has been positive. I don't even know what that other 1% is, I just figured I shouldn't say 100%." When we asked her what she was most proud of, she didn't mention the 196 episodes of How I Met Your Mother or her two Primetime Emmy nominations for directing the show, she simply replied, "That my phone still rings. After all this time people still want me to be a part of what they're doing. That means I'm doing something right."