JFK and the Cuban Missile Crisis 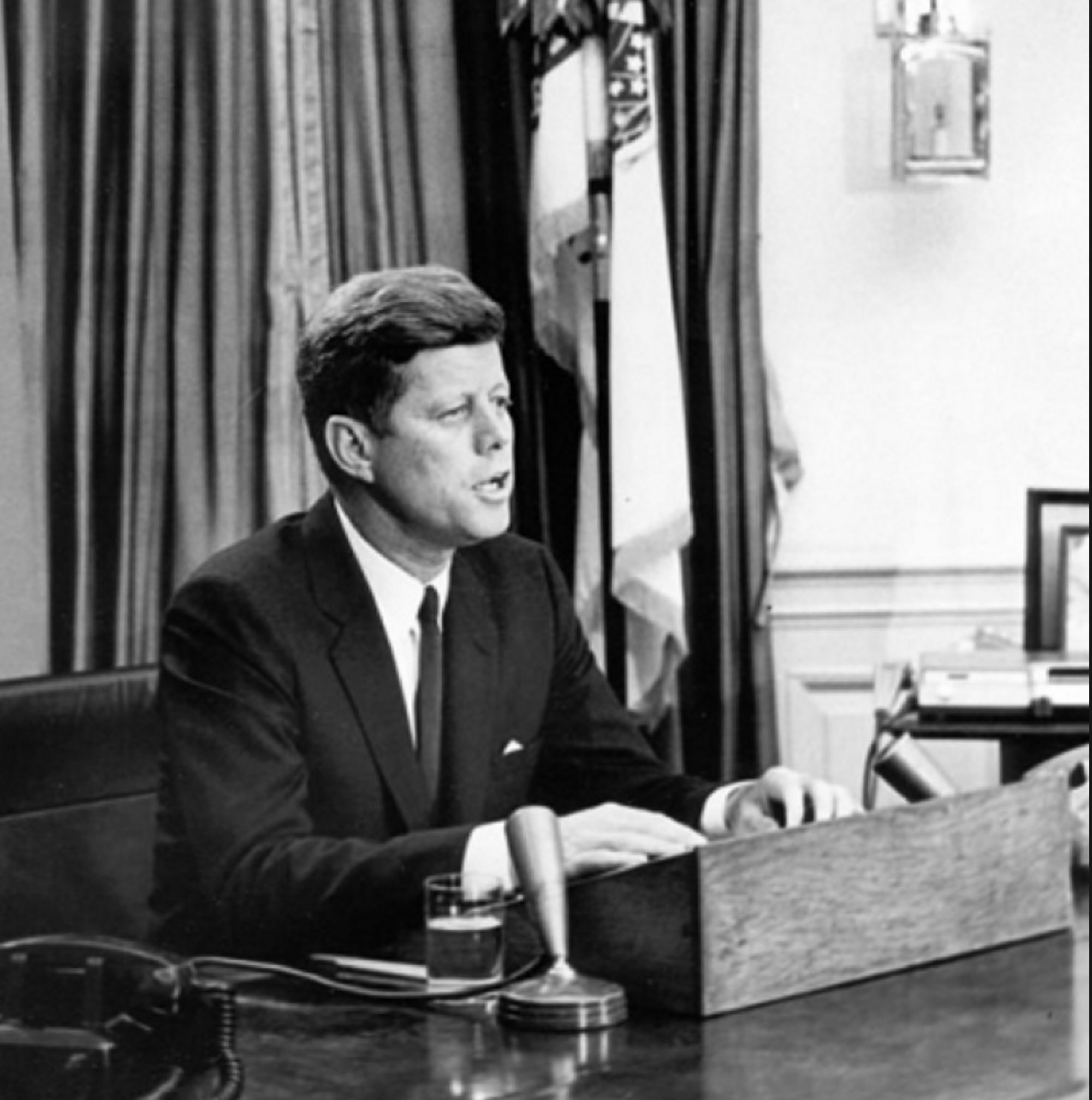 Fifty-five years ago, the U.S. and the Soviet Union nearly went to war over the placement of missiles in nearby Cuba.

On October 22, 1962, President John F. Kennedy addressed the nation, telling the American people in a televised address that he would, "...regard any nuclear missile launched from Cuba against any nation in the Western Hemisphere as an attack by the Soviet Union on the United States, requiring a full retaliatory response upon the Soviet Union." The crisis was abated when an unconditional Soviet withdrawal was negotiated.

Our interviewees share their experiences of those tense days:

“We all knew that something was happening because people were being called away from parties here in town. Very high placed government officials were being called away. We knew it was serious when they started showing pictures of missile silos opening, we thought Washington would be, probably a prime target because it was very serious. Here was this young President Kennedy facing off with Nikita Khrushchev. And I guess he wanted to push to see how hard he could get this young president to back off. Kennedy said the missiles had to be taken out of Cuba, Khrushchev said nyet, no way. And there were Russian ships steaming toward Cuba, or as Kennedy used to say ‘Cuber.’ It was kind of a scary time, and I don’t know how it was around the rest of the country, but in Washington it was very scary. My daughter had just been born a couple of months earlier, and because of a death in the family, she hadn’t been baptized and I came home one night and my wife said to me I baptized Maggie in her crib, she was that scared that we were going to have a nuclear war at that time. So it was a very scary time here in Washington… The coverage was all kind of secretive. We followed a lot of government officials around and tried to get information from them, but it was very hard. It was a very trying time, but they didn’t want to give any information out so, even though we had camera crews at the White House, and State Department, and the Pentagon and all over, we didn’t really get much out of them. They played it pretty close to the vest during that time and I can’t say as I blame them.”

“We didn’t quite know what was going on… Gradually it came into view. We took what we could find out from the White House and Kennedy used the media to get across the points he needed to make as the thing developed.”

“One time I was at the White House as a producer of a speech that Kennedy gave that was on all three networks. And he told us to give him at the end of the speech a one-minute cue… He was going to improvise the last minute. He felt that reading something, although he was good at it, is not as effective as if he talk[ed] to [the viewer] directly. And he wanted to finish one minute improvised. Most presidents don’t have the nerve to do that… He was supremely confident about his articulateness and his ability to handle television.”

“I really began to feel it was serious when I was sitting with Herb Kaplow, who was the NBC correspondent covering the Pentagon with Peter Hackes. We were in  the Pentagon pressroom, just waiting for briefings and handouts. And we were shooting the breeze and Kaplow said, ‘Excuse me. I just got back from agonizing about this. I’ve just gotta make this call.’ And he turned to one of the press phones and he called his wife. And he said, ‘Honey, I want you to get the station wagon and put some blankets and a mattress in the back.  And fill up a lot of bottles with fresh water and put the kids in and just drive west and call me every evening until I tell you to stop.’ Herb Kaplow - very funny guy, sane, level-headed guy. I thought if this guy is as scared as that and he’s in as good a position as any American citizen except the inner circle of Kennedy to know what’s going on, this is serious.”