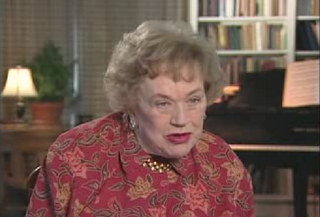 Julia Child (1912-2004) was interviewed for three hours in Cambridge, MA. Ms. Child discussed her first television show The French Chef created in 1962 for Boston's PBS station WGBH which was on the air until 1973. In 1978, Ms. Child returned to public television with Julia and Company. She talked about being a regular on Good Morning America throughout the 1980's. The interview was conducted by Michael Rosen on June 25, 1999.