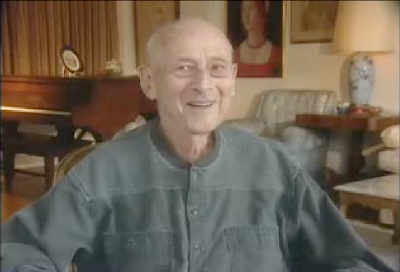 Director David Pressman was one of the key directors on the early anthology series Actors Studio which was the first dramatic series awarded the Peabody Award.

Actors Studio featured many of the young "method" actors who would come to prominence in later years including Marlon Brando, Kim Hunter, and Julie Harris. Pressman himself appeared as an actor in the series very first production— Tennessee Williams' "Portrait of a Madonna" starring Jessica Tandy and directed by Hume Cronyn. 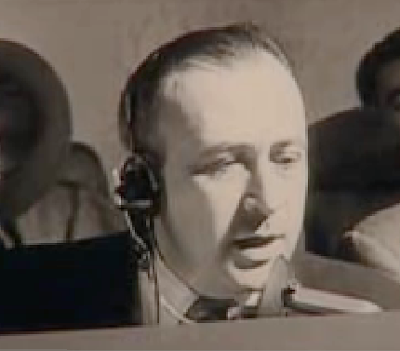 Actors Studio switched networks from ABC to CBS in November 1949.
Here is a photograph of David Pressman in the control booth at CBS.

Interview Description:
David Pressman began the interview by recounting his arrival in the U.S. from Russia in 1922 and his early interest in acting. He talked about acting at the Neighborhood Playhouse in the 1930s and his entrance into WWII in the early 40s (as well as describing the feeling of returning home from the war, seeing the Statue of Liberty from a porthole on his ship). He talked about the Actor’s Studio that was created in 1947, which he described as a “gym” for actors. He spoke in great detail about the “live” prestige ABC television drama series Actors Studio that started shortly after the Studio itself opened and which featured many of the emerging talent at the time. Pressman talked about appearing as an actor in the very first production of Actors Studio and then becoming one of the series primary directors. He talked about the process by which the productions were staged and directed for television. He listed the writers, performers, and other talent who worked on the show and the series’ struggle for sponsorship. Pressman talked about the excitement of working in “live” television and talked about other anthology series he directed. He detailed his struggle to work as a director in television despite the shadow of the Hollywood Blacklist, and how he ultimately switched careers to teaching until the end of the blacklist, when he returned to television, notably as an Emmy Award-winning director of the daytime serial One Life to Live. The interview was conducted by Karen Herman on July 27, 2004.