Alfred Hitchcock in the Schoolyard 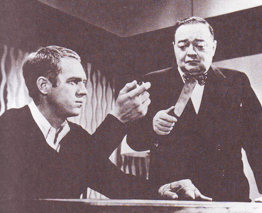 Fifty years ago, Alfred Hitchcock Presents offered up the episode “Man from the South,” which adversely inspired some impressionable young viewers. In the story, a gambler makes an unusual bet with a sinister man— that he can light his Zippo lighter ten times in succession, without fail. If the gambler succeeds he gets a car, if he doesn’t… he loses a finger!

The intriguing plot was made that much more popular due to its guest stars: young up-and-coming Steve McQueen (as the gambler) and everyone’s favorite sinister character actor Peter Lorre. After the episode aired, children across the country tried to repeat the feat... thankfully, no fingers were known to have been lost. 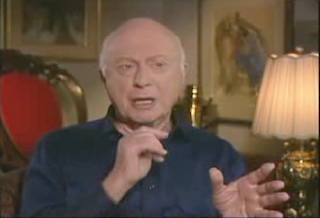 The episode was written by William Fay based on a story by Roald Dahl; it was directed by Norman Lloyd. In his Archive interview, Norman Lloyd, who also served as the series’ associate producer, talks about the impact of “Man From the South,” which aired on January 3, 1960.