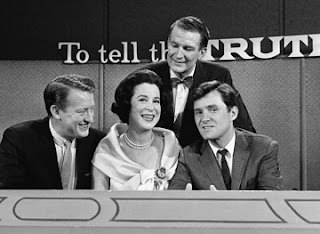 Kitty Carlisle Hart, best known for her long run as a regular panelist on To Tell The Truth (from 1957 to 1991 in its various runs), and who acted in film with the likes of the Marx Brothers and Bing Crosby, has died at age 96. Ms. Hart remained active doing a one-woman show, "My Life On the Wicked Stage," in recent years. 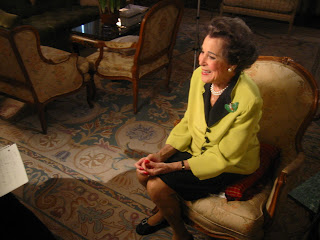 Kitty Carlisle Hart was interviewed in 2005 by the Archive of American Television in conjunction with New York Women in Film & Televison. Her complete interview, can be viewed at Academy Headquarters in North Hollywood.

Interview Description:
Ms. Hart talked about her early musical training in violin and piano. She reminisced about some of her appearances in movies in the 1930s, including working with Bing Crosby and her insistence on using her own singing voice in the Marx Brothers vehicle A Night at the Opera. She spoke fondly of her years as a regular panelist on the long-running game show To Tell the Truth. She talked about other television appearances and later films including Woody Allen’s Radio Days. She also spoke about her late husband, playwright Moss Hart who she said was the love of her life and “made a party by just stepping in the room.” The interview was conducted by Peggy Daniel in a joint venture with Women in Film, on November 8, 2005.