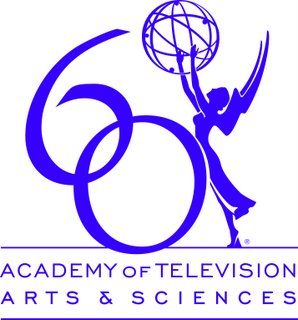 The Academy of Television Arts & Sciences celebrated its 60th anniversary yesterday with a gala event hosted by Beau Bridges. The event was held at Academy Headquarters in North Hollywood at the Leonard H. Goldenson Theatre.

The nostalgic evening offered clips from television's past and featured many special guests. In person were such television luminaries as Dick Van Dyke, Florence Henderson, and Art Linkletter. Many of the Television Academy's past presidents were also in attendance.

Also attending was Emmy-Award winner Dennis Franz, who sat down with the Archive of American Television for an Archive interview, just before the celebration. Franz was interviewed for two-and-a-half hours about his long and distiguished career and discussed his work in television, which notably included regular roles on Hill Street Blues and NYPD Blue.