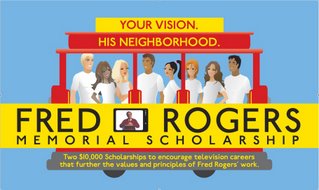 The Academy of Television Arts & Sciences Foundation, in association with Ernst & Young LLP, is offering two scholarships in honor of Fred Rogers, the creator and host of Mister Rogers’ Neighborhood. The scholarships are intended to support and encourage aspiring upper division or graduate students to pursue careers in children’s media and further the values and principles of Fred Rogers’ work.

From 1967 to 2001, Fred Rogers produced his daily children's television program, celebrating imagination and play, exploring children's feelings and sense of self worth, and treating young viewers with love and respect. Mister Rogers' Neighborhood continues to air on PBS stations throughout the United States and remains the gold standard of how television can enlighten, educate and increase social consciousness and understanding. The Archive of American Television was very honored to conduct his four-and-a-half hour videotaped interview (puppets and all) in 1999. Click here to access Fred Rogers' Archive interview. 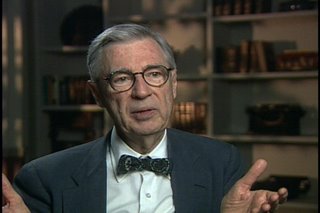 Two $10,000 scholarships are awarded annually to two qualified applicants. In addition to the monetary award, successful applicants are mentored by children’s programming professionals during the academic year.

The Fred Rogers Scholarships are made possible through the generous underwriting of Ernst & Young.